‘Alien: Covenant’ – In Space No One Can Hear You Groan 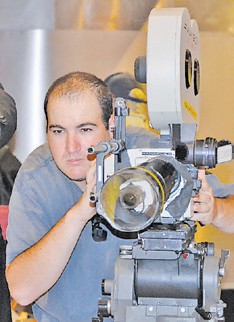 “Alien: Covenant” is the latest entry in the 38-year-old franchise simply known as “Alien,” a film series that blurs the line between Sci-Fi and Horror. The franchise was responsible for launching a number of careers, and becoming a source of inspiration for many stories in the sci-fi and horror genres. However, the latest movie is difficult to put into words, because “Alien: Covenant” is neither a sequel, a remake, nor a reboot, but a prequel.

While a sequel is the continuation of a story or existing work, a prequel is different. A prequel is a story written after its predecessor, but contains plotlines and events that precede the existing work. I’ll use “Star Wars” as an example. “Star Wars: A New Hope” was created in 1977, and spawned a number of sequels that continued the storyline. In 1999, however, a prequel was made titled “Star Wars: A Phantom Menace,” then another titled “Attack of the Clones,” and yet another titled “Revenge of the Sith.” All three films were prequels created to retell events that would lead up to “A New Hope.”

A prequel allows any creator to explore events and ideas before the mainstream storyline, which allows for more backstory and interesting twists about characters and worlds the mainstream stories couldn’t tell. Or, in most cases, to squeeze out a few extra bucks from a franchise that’s finished and/or dead. And unfortunately, “Alien: Covenant” falls under that category.

The movie takes place after the events of the previous prequel back in 2012, “Prometheus.” The year is 2104, a colonization ship known as the Covenant is flying through space towards a new fertile world to colonize. The ship contains over two thousand colonists in stasis, along with a crew of fifteen, and an android. Unfortunately, an incident occurs, causing the crew members in charge of the ship to awaken in order to deal with the issue. While the crew manages to save the ship, their captain perishes in the incident. I’d just like to note that we’re ten minutes into this movie, and already a character that we knew nothing about, or even had time to develop, has already died, and the movie treats it like it’s the loss of a main character.

After repairs are made, the ship picks up a mysterious signal from an unknown world, but it’s human. While the foreign world is off course from their destination, the world appears more fertile and habitable than the one they intended to colonize. The new captain, against his crew’s wishes, takes the ship off course in order to investigate the signal and the new planet. Unfortunately, only a day after landing the crew learns that the planet holds a horrible secret. A secret that could lead to humanity’s downfall, and the rise of a new, gruesome species. A race that the movie doesn’t even name, but is credited as: the Xenomorph. In other words, the alien monster we see on the poster and in every trailer. So, it’s not really much of a secret. Good job marketing.

My readers have probably noticed I never named any of the characters or their actors. Well, that’s because none of the characters are notable, or their actors. Let’s face it, they’re all just walking dummies filled with red goop for the aliens to split open. The only big name of any value that’s attached to this film is its director, Ridley Scott. A man who readers may be familiar with for his work on the 1982 classic “Blade Runner,” or his 2000 smash hit “Gladiator.” He also made another noteworthy film back in 1979, “Alien.” You read that right. The original creator of the Alien franchise is also responsible for its recent prequels. I wonder if he and George Lucas are friends, because they seem to have a lot in common all of a sudden.

Given that “Alien: Covenant” is a scifi/ horror film, I’m going to look at it more from a horror genre perspective. Much of the set design for the alien environment, and xenomorph, were inspired from the creative mind of the great Swiss painter, H.R. Giger, a man who actually had a big part in the franchise, especially in the first movie. Unfortunately, he passed away back in 2014, so only his paintings remain to draw inspiration from. And for better or worse, much of it can be found in the film. I only wish it actually added to the horror elements of the film.

For a horror movie, I found myself laughing throughout most of the quote “horror scenes,” end quote. Stephen King’s poetry is scarier than this film. Here’s a tip for any creators out there who want to work in the horror business. The key to horror is in mystery, pacing, atmosphere and suspense. In other words: Don’t show too much of your monster and just throw gore in our face! The movie barely has any suspense because the second the alien appears, it shows literally every detail of it and relies on blood and guts being thrown around. Plus, it’s so fast that I can barely keep up with it. I should be seeing this thing lurking in the shadows as I whimper to myself, “Oh no. A xenomorph is coming.” Instead, I’m seeing it run across the room at high speeds as I mumble out loud, “Oh look. A xenomorph is coming. How ‘bout that? Am I already out of soda?”

The only saving grace for this film was with one character I neglected to mention. That saving grace comes from Michael Fassbender’s character, the android named David. He was legit unnerving, and added a somewhat creepy presence to the narrative. Plus, being an android, his cold indifference for others only adds to his disturbing nature. Which is more than I can say about the rest of the characters. The rest are so bland and forgettable that I could not care who was on screen, and who was getting killed. I’m lucky I can even recall the characters’ faces, let alone their names.

Some people could make the argument that it’s a horror film, we’re not supposed to care, we’re just here to watch them get killed. Well, I say that’s a terrible argument. I can list plenty of horror films that had gruesome deaths, with characters who I felt bad, even sad, over dying. If you’re going to make a horror story, and can’t make the effort to create a full cast of characters that we’ll care about dying, then just make one character we’ll care about surviving, and have the rest be nameless foot soldiers.

“Alien: Covenant” is Rrated for violence, bloody images, language and some sexual nudity. No matter what the rating, however, this film didn’t scare me, it just made me wish I was watching the one made back in 1979. The one with less CGI and more guys in rubber suits. If you’re remotely curious in seeing a sci-fi/horror film about a crew being attacked by a horror from the stars, I’d let this one pass and just rent the 1979 film “Alien.” It’s better written, scarier, and less confusing than this mess. The final score for “Alien: Covenant” is a 5.5 out of 10. Because the only screaming you’ll be making upon watching this film will be at the box office clerk for a refund.