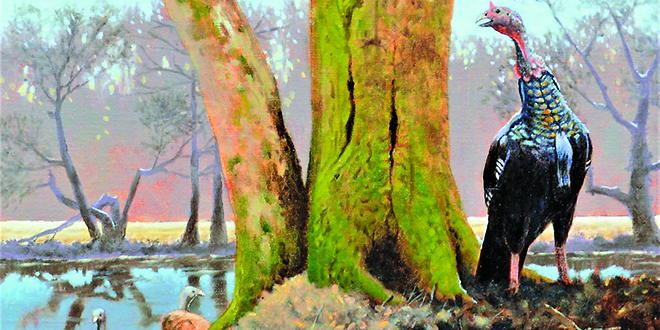 If you have a passion for art and an appreciation for nature, drop by the gift shop at the Marco Island Historical Museum and see the paintings of DeVere Burt and John Agnew, two acclaimed artists from the Naples area. Longtime friends and colleagues, Agnew and Burt have much in common. Both share a similar vision of the natural world, as well as similar subject matter: wild landscapes and wildlife. Both also left successful careers in the museum world to establish themselves as full-time artists.

Although lacking formal training, DeVere Burt got his start in the art world working as a biological illustrator while in graduate student. In 1996, Burt retired from his position as president and CEO of the Cincinnati Museum of Natural History to pursue a career in painting, his strong background in the natural sciences providing him with artistic inspiration. “After many years in a museum environment,” he claimed. “I chose a new path and now allow my fervor for art and the natural world to take center stage. It’s exhilarating, and I love it.”

Exposed to art at an early age (both his parents were artists), John Agnew was more interested in dinosaurs and reptiles and at one time planned on becoming a zoologist. As a high school 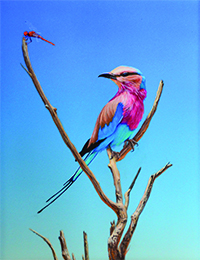 student, he landed a job as a junior curator with the Dayton Museum of Natural History, taking care of the live reptile display. When his natural artistic abilities were discovered, he moved to the museum’s exhibits department, making models and painting diorama backgrounds.

After graduating in 1976 with a fine arts degree and all the science electives he could manage, Agnew’s first job was as curator of exhibits at the Science Museum of Palm Beach County. He left his museum position and began painting full time in 1983. His paintings are detailed and photo-realistic, much like the dioramas he still paints for museum and zoo clients nationwide. “Since I come from a background in scientific illustration, I have a need to depict my subjects as absolutely true to life,” Agnew said.

Both DeVere and Agnew have won numerous accolades and awards, and their paintings can be found in public and private collections around the world. Here is your chance to acquire a very special piece of fine art from these renowned artists as well. Proceeds from the sales of these paintings will go to benefit the Marco Island Historical Society.

The Marco Island Historical Museum is located at 180 S. Heathwood Drive. The Museum is open Tuesday through Saturday from 9 AM to 4 PM.