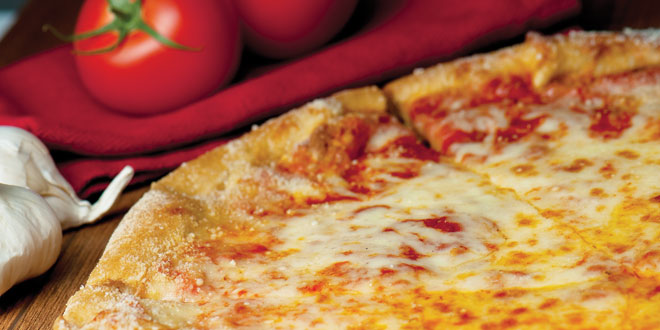 My wife is noted, among other things, for her charm, poise and perspicacity. She is also a keen shopper and, so help me, does our Christmas shopping for next year on the 26th of December. Thus it was that we were dreaming of 2013 sugar plum fairies and all that stuff as we began our adventure.

Shopping went well. There were bargains galore. Almost everything is done, except buying for the little kids where sizes cannot be predicted a year in advance. We finished. It was time to chow down. My wife in a moment of daring suggested a pizza place previously unfamiliar to us. “Why not?” said I, “Steve Brody took a chance”. (For the untutored, my Sainted Mother always reminded us that Mr. Brody once leapt from the Brooklyn Bridge and survived).

We found the place without difficulty and were sure it had to be good. People were stacked three deep and they held the ubiquitous instruments that lit up when you were selected for service. We were told that it would be 25 minutes. Wrong. At 40 minutes I wandered among the tables, pausing where I saw diners who had obviously finished their meals at least half an hour ago and remained just to annoy us. I stared at them. They ignored me.

I returned to my patient wife. Just then the ultimate noxious odor wafted through the area. I looked across at a hefty lady who was desperately searching for a dog to blame it on. The game’s up, lady. You are the culprit. As the smoke cleared I went to the main desk and learned that we were next!

Not so fast, tiger. A geezer lurched to the same desk, was granted “priority status”, and awarded a booth. Apparently he knew how to beat the system. The desk lady took pity on us and gave us a table, instead of a booth (as though we cared, we just wanted pizza).

Unfortunately we were in No-Pizza Land. The excellent servers had developed the veteran’s skill of not recognizing those who were not reaching to leave a tip. Finally, I waved something to get attention. It might have been my shirt. I’d been chewing on it in a fit of hunger. There was a hasty conference among servers, an apparent coin flip, and the loser approached us. We placed a complex order: two diet sodas. They arrived after a mere 15 minutes. Hastily we ordered a medium VERY THIN CRUST pizza with roasted red pepper and onion on half. The other half was plain. As we ordered we noticed that we were seated next to a group of five, including a baby. They had clearly been awaiting their order for a very long time. They were ecstatic when the server brought them empty plates. Surely dinner was coming.

As time passed our hunger intensified, but no pizza emerged. Our neighbors lost two companions and the baby since they were overwhelmed by hunger. Finally, HUZZAH! Our pizza arrived. It looked odd. The crust was not even remotely thin. There were unmistakable lumps of sausage, but no onions or roasted red pepper.

Calmly, although afire internally, I tried to signal our server. After about ten minutes she arrived. I explained our problem with the pizza. At first she said it was the proper order, but relented when we pointed out that onions and roasted red peppers did not usually look like lumps. She returned our order to the galley. Our remaining two neighbors said: “They tried to give us that pizza too”.

Finally, our order arrived. It was almost correct although the VERY THIN CRUST was just short of deep dish Chicago pizza. Our neighbors departed with a pizza box. They did not remain to eat.

I got a refill on my soda. We both left with a bonus…indigestion.

It was not my wife’s fault. Who knew?