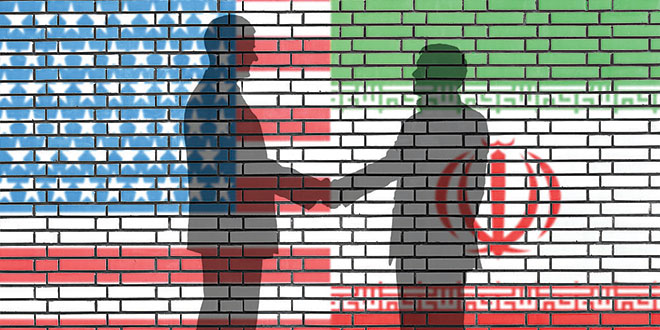 We negotiate for one thing or another almost every day of our lives. The idea behind any negotiation is for the negotiators to try and get the best deal for themselves. When one negotiates with a friend or a foe, one must remember that at any point during the negotiations a point will be reached where both sides will feel comfortable and that is the point an agreement is reached.

It is always best to negotiate from a point of power and strength. If you have a thousand Dollars cash in your pocket and you are negotiating with a seller for a five hundred Dollar item; you immediately have the upper hand. The seller will do everything to get some of that cash transferred to his bank account and you will do everything in your power to keep as much of your cash as possible and pay the least amount to get the item and go home. When one of the negotiating sides knows or at least feels like the other side is negotiating from a point of weakness or that they are so desperate to make a deal that they will make a whole lot of concessions, that side gets the upper hand and achieves most if not all of the items on their wish list.

June 30th is the deadline for the so called “nuclear negotiations” between the Mullahs of Iran and the United States Government. So far, nothing has been accomplished since anything our government thought they accomplished was shot down within hours by the Supreme Leader of Iran!

On the other hand, Iran achieved what they wanted; 30 or more days to work towards getting their nuclear weapon!

We have just learned that the United States Government offered a $ 50 Billion Dollar “signing bonus” to the Iranians. A further and blatant show of desperation. This showed our hand to the Iranians who have been negotiating similar deals with their friends and foes for the last thousand years or so. We showed them that we are desperate to sign a deal and they will take us to the brink before they agree and then renege at the first opportunity.

Iran was supposed to stop all enrichment according to a 2013 “framework” agreement. Now, Iran will be allowed to continue to enrich under the new framework agreement. Iran was supposed to reduce their stockpiles of enriched uranium from 10,000 kilograms down to 300 kilograms and send the balance to Russia for safekeeping. Not the best of all ideas but it would have kept the enriched uranium out of the hands of the Mullahs. Iranians have very recently informed the world that they are not sending anything abroad! Iran does not agree to limit the production of intercontinental ballistic missiles which will bring a nuclear bomb to our shores. Any agreement was supposed to last at least 20 years. Now it has been reduced to 10. This will happen within the lifetimes of most of us alive today.

There is no doubt left in my mind that Iran is out to develop nuclear weapons; they will try to dominate the Middle East and cause Turkey, Saudi Arabia, Jordan and other predominantly Sunni countries to do everything they possibly can to obtain nuclear weapons of their own. This will be the Armageddon scenario.

Initially, I thought like everyone else that we were pursuing these fruitless negotiations with a despotic government who never kept a promise they made in the last 36 years or so to establish a “legacy” for our President. That was upsetting enough. Iranians, after all are the worst violators of human rights around the world; they are presently holding four of our citizens with trumped up charges; they are the main suppliers of arms to a number of terrorist organizations killing members of our military forces. And I still think these negotiations are partially related to this end.

However, after getting some new information and sifting through a bunch of new articles; I am now leaning towards the emergence of a new USA Middle East Policy with regards to Iran adopted by our 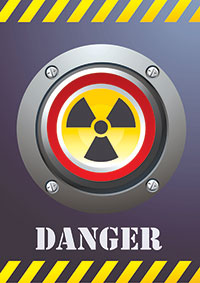 Administration, however ill-conceived it may be. Existing American Middle East policy was designed to be a table with three legs. Turkey, Iraq and Afghanistan were going to be the anchor legs of this future policy. One of the reasons we went into Iraq was basically to accomplish this policy. However, by not leaving a residual force of at least 10,000 troops in Iraq after we left, we lost this leg. In practical terms, Iraq is going to be taken over by Iran in the not so distant future. Turkey is a total disappointment; once considered a solid ally and a friend, Turkey is now an undependable friend at best and a possible foe at worst. Afghanistan is also a total loss. As soon as the last coalition troops leave Afghanistan; the country is going to fall into chaos and possibly into the hands of the Taliban once again.

The Administration now thinks we should ally ourselves with Iran; in their opinion the strongest force in the area to be reckoned with, soon to possess nuclear weapons. Having Iran as the dominant country ruling over the Shiites of the Middle East, America is going to have to rely on two undependable allies to hold the Sunnis of the Middle East together; Saudi Arabia and Turkey. In my opinion, it is total fallacy to trust Iran under any and all circumstances. However if we examine the latest events taking shape within a few miles of our southernmost shores; we will notice similar fallacies taking shape. We are trusting Castro of Cuba to be our ally thus inadvertently helping Maduro of Venezuela to stop assisting them and concentrate with a free hand on brutalizing his own people.

I speculate that according to the Administration’s thinking, as well as other world leaders’ opinions a large scale war between the Shiites and the Sunnis for the domination of the Middle East is inevitable! We are therefore trying to arrange the dominoes to insure they will fall our way when this happens! If true, I find all this incredibly wrong since I have never trusted the Iranians except to believe that they will lie and cheat and never abide by any agreement they sign. Events of the past thirty days proves me right and I am sincerely hoping that our President, our Secretary of State and the rest of our government as well as leaders of the free world see the light and walk away from these so called negotiations.

To think that the only alternative to an agreement with the Mullahs of Iran is “war” is a false and incorrect prediction/conclusion and nothing more than a red-herring. We as a country are now at a point in history whereby we must seriously consider who our friends and who our enemies are and treat them as such before it is too late. Putin of Russia is not a friend of ours although we tried to push the reset button with them; neither are the Castro brothers of Cuba who gave us nothing and got everything they wanted from our negotiate-challenged government.

Cozying up to Iran in search of a false agreement at the expense of handing them the keys to the destruction of our one and only true ally in the world, Israel should not be an agreeable position as far as I am concerned.

When the Soviet Union fell and many rejoiced, I was one of the only sceptics; putting forth the argument “balance of powers around the world just disappeared. It will take skillful leaders to navigate the mighty ship America through rough and dangerous waters to come before us.” Unfortunately, this did not happen and at best a hesitant, misguided and at worst an inexperienced and ideologically motivated US government brought us to this point.

Let’s not lose hope and hope for the best. There are always more skilled patriotic captains around to change the course of the mighty ship America and guide her through rough waters and predictable storms.