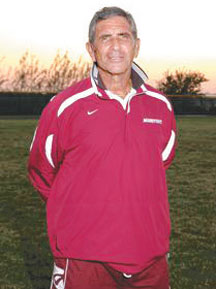 It was just about a year ago, on a cool and beautiful Saturday morning and I was sitting by the pool scanning the internet for interesting stories to read. I came across some soccer stories, checked them out and got nostalgic. It had been almost 40 years since I played organized soccer at the University of Maryland. As a goalie, I always had the best seat (or stand) at the stadium. We had a great team and we beat almost anyone whom we played; 1968 NCAA Champions and ACC Champions year after year.

I started to think about the members of the team and wondered what they were doing, where they might be and if I could somehow find them. I decided to Google the name of scoring star, Rocco Morelli. And there he was, owner of the Rising Star Soccer Academy in Long Island, NY. I sent Rocco an email with my personal information and within minutes he was on the telephone.

We talked for a long time reminiscing about the days back at College Park. Rocco mentioned that he was retired and wanted to buy a condo on the East Coast. It was not hard to convince him to come to the West Coast instead and he was here within a week. Rocco fell in love with our beach and he decided to spend his winters down here.

Some friendships last for a life-time and our friendship which started back in the late 1960’s has persevered to this date. Rocco lived an interesting 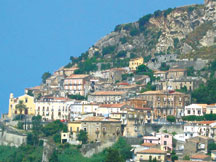 life as a Special Agent, travelling to many countries pursuing criminals. He is now settled on our beautiful Island and would like to continue his life adventure by teaching the Islanders what he knows about the game of soccer.

Rocco was born in Amantea, Italy in the Calabria region. His father immigrated to Brooklyn, NY, and soon Rocco joined him when he was 15 years old. After high school where he was a soccer star, Rocco attended Staten Island Community College with the same success. He transferred to University of Maryland in 1968 and that is where we met.

Under Coach Doyle Royal, we were National Champions in 1968 and won the ACC in 1969, the year Rocco graduated. He was drafted by the Washington Diplomats but the team lacked financial backing and folded before he could play. After working for a major bank and KLM Airlines, Rocco joined the Department of Justice as a Special Agent until his retirement in 1995. He opened his soccer academy after retirement and still continues to teach fundamentals of the game to young men and women.

Rocco and I are now coaching fourth and fifth grade girls in the Optimist Soccer program on Marco Island. Soccer is a beautiful game and teaches discipline, sportsmanship, friendship and psychological awareness.

Marco Islanders who are interested in learning more about the game, one-on-one private instructions for getting a coaching certificate or players who want to improve their techniques can contact Rocco Morelli at trainer1221@aol.com or at 516-384-5302.

The experience will be well worth the time and expense.