A Skydiving Accident, Social Media & a Family’s Road to Recovery 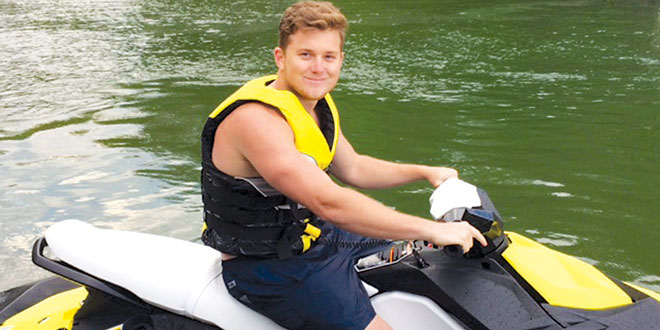 The statistics of getting into a skydiving accident are profoundly improbable. According to the United States Parachute Association, in 2014 there were approximately 3.2 million jumps, of those jumps only 24 were fatal. This means that per 1,000 jumps the chances of an accident, which usually occurs due to either a parachute or human error, would be 0.0075 or one per 133,333. While the chances of getting into a skydiving accident are pretty slim—you’re far more likely to get into a car crash or even be struck by lightning—the chances of surviving one are astronomical.

Reno, an avid jumper and general thrill seeker, was in the process of earning his skydiving certification when the accident occurred. During what would 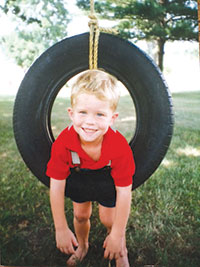 have been a routine jump there was a complication and he lost control midair, his parachute forced into a spiral. Not able to recover quickly enough or employ the emergency procedures, he hit the ground hard. When medics arrived at the scene he was in critical condition. First responders had to administer CPR, as well as the defibrillator twice, in order to save his life.

Reno was emergency airlifted to the Atlanta Medical Center where he was placed in the CICU trauma unit. His injuries included a partially collapsed lung, broken ribs, a broken leg, and most seriously, swelling of the brain. Having never gained consciousness, he was placed into a medically induced coma, and a bolt was put in his head in order to help monitor and reduce the swelling.

While his accident was horrific and his injuries life threating, Reno has 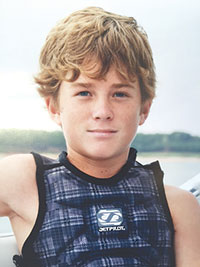 been doing remarkably well. He has since been moved to the Shepherd Center in Atlanta, a top-rated rehabilitation facility, and is makings strides to recovery. Currently, he is undergoing intensive speech, physical and occupational therapy. Due to the severity of his injuries, Reno essentially has to start over and learn everything anew. While this is no easy feat, his mother and stepfather Terry Turley, remain optimistic, and Reno is showing signs of improvement every day. “This kid’s got it and we are so darn proud of him,” said Robin, in a Facebook post. “Reno you are our new SUPER HERO!!”

What is perhaps even more fascinating than Reno’s ability to survive something so extreme and unlikely is the outpour of support that he and his family have been receiving. Just days after his accident Robin opened Facebook to find hundreds of friend requests and messages. Every day she and her 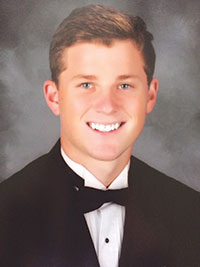 daughter, Tiana, 25, use Facebook to update Reno’s friends and family on how he’s doing, if he’s improved and their hopes for the future. They let people know when he’s had a minor success, such as when he blinked his eyes in response to a question, and also when he has a setback.

On September 7, Tiana uploaded a video of Reno’s parents, stepsister Kelly, stepbrother Chris and other family members releasing prayer balloons. Each balloon read a message of encouragement or a prayer. The video has well over 200 “likes” and a countless number of comments, all echoing the same sentiment: “Get well soon.” The vast amount of support Reno and the family have been receiving seems to be a clear reflection of the type of person Reno is. 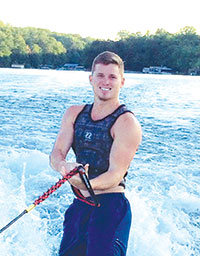 social media era. People often complain that social media has become all-consuming; that we as a culture feel this almost biological need to share everything that happens in our lives. What happens then, when social media becomes a vehicle for hope and support? Perhaps sharing life’s most trying moments can help to heal and rehabilitate. Support breathes recovery. If Reno had had his accident 15 years ago he would still be the same person and loved the same, but his mother would not have the access that she does now to his friends, who just the other day gave her music suggestions to play for him. It’s remarkable what humans are capable of, how compassionate they can be, and how websites like Facebook can facilitate this. Reno has been able to bring so many people together via the internet who hope and pray for his speedy recovery.

a map of the United States with each state marked by a person in it who is praying for him. Their goal is to fill the entire map so that each state is marked. They believe in the power of prayer, and are urging people, even if they don’t know Reno personally, to pray for his recovery. “We are reaching out to spread the word that this extraordinary young man is fighting his way back to us and continues to need prayer,” said Robin.

Though he has a long road ahead of him, Reno survived.

Reno Landers defied the odds and survived a skydiving accident. He is in the process of recovery from his injuries. Get well cards can be sent to: Reno Landers, Shepherd Center, 2020 Peachtree Road NW, Room 266, Atlanta, Georgia 30309.

Reno Landers, an active 21-year-old before his accident, is showing strength and determination in his road to recovery.