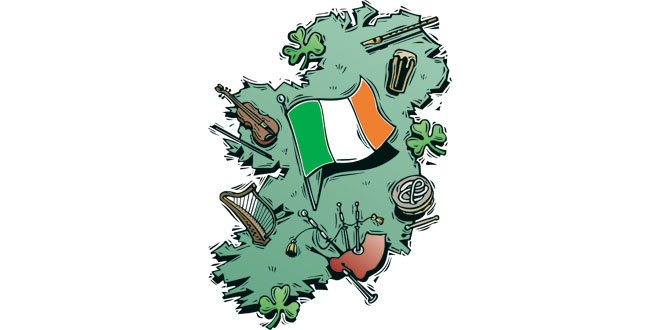 It’s now clear to me why the Irish and the Scots are so nice. They share a common enemy. No, it’s not the Brits. It’s the weather! There’s something about joint suffering that promotes friendship and kindness. There may also be another factor. The cities in Ireland and Scotland are both built largely in a horizontal mode. In the United States we have skyscrapers, and folks in tall condos, coops and rentals in New York City (for one example) scarcely know one another, much less care.

Our first day in Dublin set the tone. Our first cabdriver greeted us in the chilly light rain with the old Irish: “A fine soft day.” The rain and chill evaporated rapidly in the warmth of his greeting. And so it continued with shopkeepers, cabbies and folks on the street. It just had to be weather based.

They also have a strange affection for Americans. This is rare indeed. It is probably attributable to the fact that the American colonists were the first to break the shackles of the English monarchy. The Aussies and Kiwis seem to have a similar reaction in the other side of the world.

Of course, there’s always the sly jab at the U.S., particularly Hollywood. That’s where fact and fiction become so tangled that we sometimes believe what we’re watching is/was real. Two shining examples were laid out for us in Scotland: The Scots were delighted that their tourism increased by 200% after “Braveheart” was released. They were also delighted to point out the errors in the movie, and the compounded error in “Rob Roy.”

Get this: Scottish hero William Wallace was played by Mel Gibson. Never mind other character defects Mr. Gibson possesses – just focus on his physical stature. He’s a “wee lad” according to the Scots, and that’s true. Mr. Gibson is considerably below six feet (or even two meters). Hero Wallace was a giant, especially for his times hundreds of years ago. The Scots,using measurements taken from his existing sword, estimate that Wallace stood anywhere from 6’4” to 6’7”. Then there’s Rob Roy, another real Scottish character. In the movie of the same title, Rob Roy was played by Liam Neeson – anything but a “wee lad.”

Mr. Neeson is well over six feet tall. Amusingly, especially to the Scots, is the fact that Rob Roy was a very “wee lad,” standing about 5’4” tall. He also had very long arms and red hair all over his body. The Scots and the Brits thought he was a form of monkey! He was also a cattle thief and an early leader of a Scottish Mafia (if there is such a thing). According to the Scots he sold “protection” to cattle owners so they wouldn’t find their cattle missing. I believe he’s been reincarnated as the CEO of an insurance company.

If you want to find folks infused with kindness and humor, bundle up and head East to Ireland and Scotland. Oh, a couple of suggestions: The people of Scotland are not “Scotch.” They are “Scots.” “Scotch” is a whisky…and note the proper spelling. There’s no “e!”