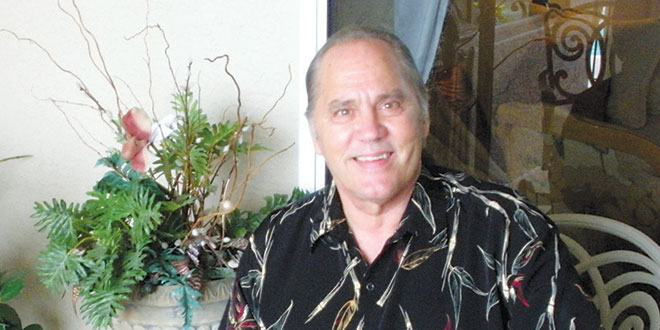 Jim Lang may have retired, but that hasn’t meant that he stopped working.

The longtime customer service manager for the City of Marco Island’s Utility Department, Lang retired in January, without fanfare. But it may seem like he never left given the many hours he’s logged, since then, at city hall while serving as a consultant for the utility department.

He said that since leaving the post, he’s worked on an as-needed basis, initially putting in 40 to 45 hours a week, until reducing it over the last few months, as he assisted the department in the installation of new utility meters and preparations for implementation of a new software system. Lang has also been helping with the roll-out of the city’s companion meter program under the new customer service manager, Michon Jackson, who was hired in February.

Companion meters measure water use outside of a residence.

Lang said recently that he’s curtailed his hours with the department, “So I’ll be able to do more traveling and get some things done that I need to do. But if they have a need, I’m there to help them. I hate to tell people ‘No’ if there something I can do.”

A native of Chardon, Ohio, near Cleveland, Lang and his wife Donna became full-time Marco residents in 1999. They had begun purchasing property on the island in 1997. At that time, he and his brother Bill owned a successful auto parts supply business in Ohio. When they sold it to Ford Motor Company in 1999, Lang decided to retire, and he and his family headed south.

Retirement was enjoyable, but Lang was lured back to the workaday world that same year, when the Vietnam veteran stopped by the utility department, then owned by Florida Water Services Co., to solicit gifts for an auction by Marco’s VFW Post 6370.

“The water company said, ‘We won’t give you any gifts unless you take a job,’” said Lang. “I thought I would do it for a month or two and get the gifts we needed for our auction, but I enjoyed it.”

So began what was, in many ways, an eye opening experience.

“I was used to the automotive business and I thought, ‘What is there to water? You turn on the faucet and water comes out, and that’s it,’” said Lang. “I’ve learned that there’s a lot to know about water, the chemistry, the distribution, the managing of it.”

He started out as a heavy equipment operator, preferring that to an office job. But after the city purchased the system from Florida Water in 2003 and cycled through several customer service managers, Lang agreed to take on the job in 2005.

Lang tried to take a “small town” approach to customer service office operations. “We have people that will stop in to pay their bills, not because they have to, but because it’s part of their daily routine or to say hello,” he said.

Much has changed with the utility department since Lang came aboard, including the location of the customer service office, which used to sit off of N. Collier Boulevard, in a space now occupied by a branch of Chase Bank.

There were massive undertakings, such as the years-long program that brought a central sewer system to the island and the city’s quest to devise a utility rate structure that property owners find equitable.

“That was quite a project, from getting all the billing set up and getting everybody connected to the sewer system,” said Lang. “That took a lot of time. We’ve had a number of discussions on rate fairness, as to what is fair. It always turns out to be that fairness is in the eye of the beholder. That’s always been difficult because it’s not like a having a candy bar and saying to someone, ‘You break it and let me pick the piece that I want,’ and you know that they’ll break it evenly. Water and sewer is a little different because you can’t control how many people live in a home or how many children they have, their bathing habits or how they use water. So it’s very difficult to come up with a sense of (rate structure) fairness.”

Lang cited the decision by the Florida Water and the city to install ASR – Aquifer Storage Recover – wells as a key improvement to the water system. The wells capture rainwater before it travels to the Gulf of Mexico, and store it in caverns 700-to-800 feet underground. He said the city’s ASR wells can hold almost 1.5 billion gallons of water.

“It really saves a buck because it gives us extra water that we’re able to use during the dry season, without hurting anyone upstream from us” Lang added.

He said implementing a system for reading meters with a hand-held computer, rather than jotting own numbers, has also paid dividends. “You don’t have to worry about transposing a number and not getting it right, reading it wrong or opening up the meter box and (the meter reader) getting bitten by a snake,” said Lang. “It improved accuracy and still has feet on the street to report problems.”

Lang’s motivation for stepping away from professional life is one shared by many retirees.

“Finally, I said, ‘Well I’ll be 70 next year and I just want to enjoy life and travel and do things with my grandchildren.’ That’s when I decided to hang it up and retire.”

And his reasons for staying involved with city affairs are simple.

“I care about the city and I care about the people,” said Lang. “Of course, we have problems, but it’s a wonderful place to live. But we don’t want to advertise that too much though,” he added with one of his frequent chuckles. “We don’t want everyone to know that.”