A real and growing danger… 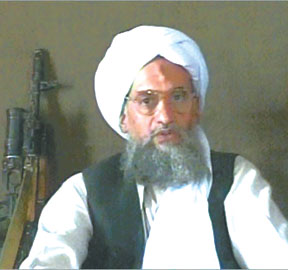 When the last US troops left Iraq, Al-Qaida terrorists were believed to have around 1,000 fighters remaining in the area. The last intelligence estimates clearly indicate that there are now more than 2,500 fighters; and various new terrorist training camps have opened all around the desert areas of Iraq and the numbers of these terrorists are growing daily.

In Afghanistan, the Taliban is re-organizing and getting ready to take over as soon as our combat troops leave sometime during 2014. We will be leaving approximately 30,000 Special Forces and other military personnel behind, however it is not too clear as to what their duties will be. Taliban in Afghanistan is ready to turn the country back to the ninth century, taking away all human rights from women and non-Muslims in the area. Recent execution style shooting of a 14 year old little girl and her friend in a school bus by a member of the Pakistani Taliban only because they committed the inexcusable crime of attending school to learn how to read and write should remind everyone who we are dealing with.

Terrorists are also taking charge in North Africa as well as in other Middle Eastern countries in the absence of a strong and definitive message from the United States and the West. Having successfully hit us twice on September 11 (2001 and 2012) they must surely believe America and the West together have turned into a paper tiger.

The war on terror is not over. It will not be over until every single terrorist is taken out; until every government that supports terror is made to pay tenfold for their dirty deeds; until people everywhere are given a chance to live free and safe lives and until our elected leaders as well as our fellow citizens understand how serious the threat of terrorism is. I don’t care if our leadership is Republican, Democratic, Independent or whatever, I expect them to protect every single one of us wherever we may be around the world. That is their single most important duty.

While I do understand that trying to solve problems around the world diplomatically should always be our first option, we should also remember what Bismarck, possibly the greatest diplomat of modern times, said: “Diplomacy without a credible threat of military force is like making music without instruments.” We need to have a strong military presence around the world and project a posture of strength equally to our friends and enemies.

Using our military option should always be the last option and used sparingly when all else fails. Military action should never be used irresponsibly and without full preparation. We all know that our elected officials sent our young men and women to war in Iraq with less than adequate protection and equipment. They lacked the proper protective gear, hard skinned humvees and a full understanding of the enemy we faced. As a result, we lost some of our best young people to terrorists’ bullets, IEDs and RPGs. These young men and women proved themselves in the battlefield despite these inadequacies and performed brilliantly and beat the enemy in every battle. Despite their heroic performances and sacrifices above and beyond the call of duty, they were denied the final victory by the desk warriors and politicians in Washington. 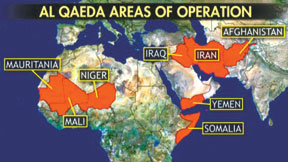 In the latest episode of “how to ignore and downplay the enemy and lose,” our elected leaders sent a brilliant Ambassador to Libya and then totally failed to protect him and three other US citizens two of whom were former SEALS. They ended up being brutally tortured and killed within the confines of our consulate in Benghazi which is, by international treaty, United States territory in Libya. We were attacked and we are yet to respond. That was, is and will be inexcusable at every level.

I hope my readers understand how strongly I believe in everything I write in this column issue after issue. I base my arguments on facts and not rumors, propaganda, hope or wishful thinking. My facts are yet to be challenged, because while everyone has a right to their opinion, they do not have a right to their facts. If we believe that Al Qaida is finished because Osama Bin Laden is dead, think again. When our homeland was attacked on September 11, 2001 and thousands of our citizens were killed, America’s aura of impenetrability as a “fortress” was challenged and it was somehow dented. We now have to be extra vigilant to protect our people and our country. When our territory in Libya is attacked and four of our citizens are murdered in an organized terrorist attack on the eleventh anniversary of September 11, we as Americans must pause and ask our elected officials what they were thinking. Why wasn’t there enough protection despite pleas from the security officials on the ground at the location? When we can no longer travel freely without going through x-ray machines, taking our shoes off, being patted down by security agents and not being able to carry own bottle of water on board an aircraft, there is something seriously wrong that same diligence was not present in Benghazi.

When I came to America and lovingly and willingly became a citizen of this beautiful country, I was filled with pride, joy and an overwhelming feeling of freedom which gave me boundless strength, courage and energy. I felt invincible as I traveled around the world flashing my blue USA Passport which was honored, respected and highly regarded. As an American citizen I felt like I could do anything I set my mind to and be successful at it. And I was.

The enemy of free people all around the world is international terrorism. Today, there are over 110 major terror groups operating all around the world, most of them loosely tied one way or the other to Al Qaida. Iran is a terrorist state rushing towards building nuclear weapons as they support and finance terrorist groups around the world who attack and kill our fellow citizens. Iran’s declared goal is to obliterate Israel (our only ally in the Middle East) and wipe it off the face of the earth. There are Al Qaida terrorist camps in North Africa, Middle East and South America (Uruguay, Paraguay and Venezuela) training new recruits every day. There are over 100 known Al Qaida cells right here in America. We must take this threat seriously. We can’t laugh or smile about it and hope it goes away.

Tarik Ayasun is a member of Vice Chair of the Code Enforcement Board and President of the Marco Island Charter Middle School Board of Directors, he has given many years of community service to various organizations.