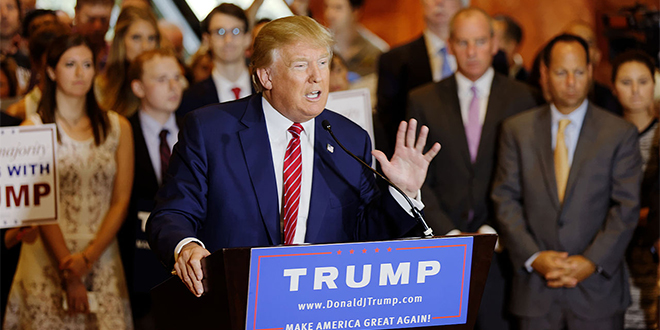 Editorials and Opinions:
BEYOND THE COAST

Without a doubt, the most important event in a democracy is holding free elections. In democracies all around the world and in our country, leaders and representatives are elected by the votes of the citizens. This basic democratic principle does not apply in places like North Korea, Cuba and some African countries where dictators and their families brutally rule and oppress the population for many years without challenges or changes, mostly until the arrival of the next oppressive dictator.

Thankfully, we live in the United States of America where we are free to choose a new president every four years or give the existing president a new fourth and final term in the White House. Is our system perfect? I am sure it is not, but it is as good as it gets since we have been able to sustain our democracy for many years.

On November 8, 2016 votes cast or sent in by mail were tallied and around a few minutes past midnight it was obvious that despite all the declarations and predictions of a pompous and dishonest mainstream media and similarly dishonest television talking heads, Mr. Donald J. Trump was duly elected the 45th President of the United States of America. He will be sworn in on January 20th when this issue of Coastal Breeze News will reach you.

Since the election day, sore losers and chronic complainers have been whining, crying and otherwise lamenting the fact that their candidate lost despite spending a billion dollars in the process and getting more votes than Mr. Trump, who received more electoral votes as the Constitution prescribes.

Maybe it is time we remind everyone what the Electoral College is.

The Electoral College is made up of 538 electors who cast votes to decide the president and vice-president of the United States. When voters go to the polls, they choose which candidate receives their state’s electors. The Electoral College consists of 538 electors. A majority of 270 electoral votes are required to elect the president. Each state’s entitled allotment of electors equals the number of members in its Congressional delegation: one for each member in the House of Representatives, plus two for that state’s senators.

The Twelfth Amendment to the Constitution requires each elector to cast one vote for president and another vote for vice president. In each state and the District of Columbia, electors are chosen every four years on the Tuesday after the first Monday in November, and then meet to cast ballots on the first Monday after the second Wednesday in December. The candidates who receive an absolute majority of electoral votes among the states are elected president and vice president of the United States when the Electoral College vote is certified by Congress in January.

Alexander Hamilton in “Federalist No. 68” laid out what he believed were the key advantages to the Electoral College. The electors come directly from the people and them alone for that purpose only, and for that time only. This avoided a party-run legislature, or a permanent body that could be influenced by foreign interests before each election. Hamilton explained the election was to take place among all the states, so no corruption in any state could taint “the great body of the people” in their selection. The choice was to be made by a majority of the Electoral College, as majority rule is critical to the principles of republican government. Hamilton argued, electors meeting in the state capitals were able to have information unavailable to the general public. Hamilton also argued that since no federal officeholder could be an elector none of the electors would be beholden to any presidential candidate.

So, what has been happening since the elections were decided in the early morning hours of November 9, 2016?

For the first time since I have been in the United States (1969) the losers of this election never stopped whining. It is understandable that they were shell-shocked with the results. They did not see it coming. They were arrogant, cocky and full of themselves. The Democrats and liberals had completely lost touch with the public but never realized it to its full extent. For the past eight years, these liberals and Democrats lived in a cocoon, unchallenged by any media outlets, staying amongst a limited circle of friends feeding on each other, never paying attention to the wants and needs of the blue-collar Americans, everyday citizens who struggled with low paying jobs if they could get them. They looked down at these hard working, church going, traditional and principled middle class Americans with disdain, calling them names and mostly caricaturizing them. The losing candidate of the Democratic party even called the supporters of Mr. Donald J. Trump “a basket of deplorable, racist, sexist, Islamophobic and xenophobic bunch.” No one likes to be called names or categorized. No one likes to be bullied. And 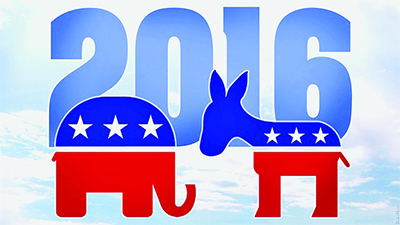 the citizens did not like this at all. And they showed their disdain on November 8.

After the crushing and devastating loss, the losers tried and keep trying many different tactics to delegitimize the president-elect. From blaming the Russians for interfering in our elections to Vladimir Putin personally ordering the dastardly act. The readers will quickly recognize that it is in the interest of many countries in the world to try to interfere with elections in other countries. There is no news here. Not a single ballot box was interfered with. Not a single cast vote was changed. The losers first liked the FBI Director Comey when he failed to recommend the indictment of their flawed candidate, then they hated him when he reopened the investigation and now they are going to be investigating him. Furthermore, they are now blaming fake news, the electoral system, weather, the sky, the moon, barking dogs or everything and anything under the sun except the real culprits; THEMSELVES.

Just a brief note on the hacking. Democratic National Committees emails were hacked due to a lack of security measures. The information obtained from these emails was all true and damning! One thing overlooked in the fray was the fact that the Democratic presidential candidate’s own emails were hacked because she was illegally using an unauthorized and unprotected server to avoid possible “freedom of information act” requests.

This is now a new beginning. As they say there is a new sheriff in town. This sheriff is unlike any other. He fights back. He is not beholden to anyone or any group. He does not back down.

For the past eight years America had lost her prestige around the world because our president did not believe that “America was an exceptional nation.” A disastrous so-called “health care system” was pushed down the throats of the American people promoted by lies and deceptions such as “you can keep your doctor if you like your doctor; you can keep your plan if you like your plan,” or absolutely stupid statements uttered by then the Speaker of the House Nancy Pelosi “let’s pass the law (2,500 pages) first” and then we can see what is in it! This was followed by unnecessary and devastating cuts in the military for political expediency, which resulted in Russian aircraft threatening our destroyers in open seas and Iranians capturing our sailors and displaying them for all to see. Intentional or unintentional misreading of the radical Islamist terrorists calling them “JV” and letting a bunch of thugs grow into a so-called “Islamic State”; drawing a red line in Syria and doing absolutely nothing when the line was crossed; letting four great Americans get murdered in Benghazi by not sending forces to assist them when they were available to do so due to political considerations; using the IRS as a weapon against conservative American political action committees; passing executive order after executive order to impose hundreds of unnecessary and politically motivated regulations to break the backs of small and mid-size businesses. Paying millions of dollars to the terrorist rulers of Iran to get American hostages back despite established principals not to pay ransom to terrorists and then lying about it; finally signing a meaningless nuclear agreement with the mullahs of Iran which they promptly broke before it was an hour old. And most egregiously, letting in thousands of refugees into our country without any vetting and without any reliable documentation.

This is why we have a new president. Not because of interference from the Russians or the Martians.

This will be the start of a new era in the history of our great country. A non-political businessman is going to be our president on January 20th. Decisions will be made based on what is best for America; people will be appointed to cabinet and other high level positions not according to their skin color, race, gender or national origin, but based on their abilities, talents and past successes to move America forward and bring us back to where we should be; on top of the world.

America will go back to supporting and honoring our friends and punishing our enemies. United Nations will be on notice not to continue their merry ways of voting against the interests of America and her allies or there will be serious consequences.

The President of the United States will no longer naively declare, “The greatest danger to humanity is climate change.” When we all start thinking America first, we will get more businesses flourishing, more jobs and a better economy overall.

I sincerely believe all this will happen in the next four years. And the beauty of our system is, if they don’t happen, we will elect another president who will make sure they will happen.

Either America will be great again, or the man who promised it will be relegated to the dustbin of history along with his predecessor.

All of us as good Americans must pitch in to make America great again. We should all work hard, be firm in our beliefs, never abandon our core principals and never forget our history while looking forward to our future.