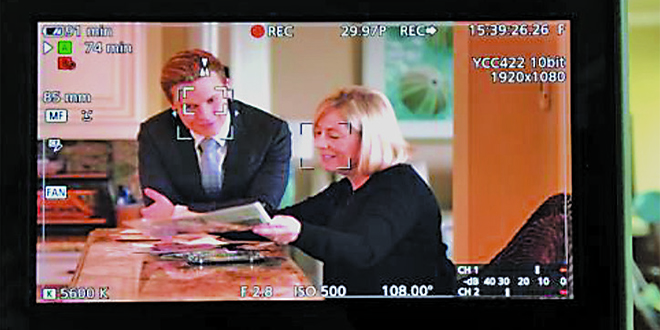 Marco Island resident Lois Durso sat down with Ronan Farrow, son of Mia Farrow and Woody Allen, to discuss how the simple addition of side guards on tractor trailers could have saved more than 3,000 lives in the past decade, including the life of her 26-year-old daughter.

With a crew of four set up in her Marco Island home late last year, Lois Durso sat opposite interviewer Ronan Farrow and spoke candidly on camera to lawmakers. Her message, poignant: Awareness followed by inaction is negligence.

Durso is the mother of Roya Sadigh, a gentle soul described by a healing mom as “kind-hearted, intelligent and witty.” On the snowy evening of November 24, 2004, Durso received a call from emergency room personnel a few states away where her daughter and fiance Joseph Shereda were en route to a family celebration.

With Sadigh in the passenger seat, driver Shereda spun out due to white out conditions and the BMW sedan slid underneath the side of a tractor trailer. With the car trapped under the moving tractor trailer, Sadigh was killed due to a limited survival space, the rear truck tires impounding the car.

“As a parent, it was unbelievable,” said Durso. “I miss her everyday.”

But a daughter’s legacy became a mother’s mission.

In learning more of the 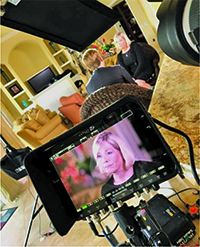 circumstances surrounding the loss of her daughter, Durso began researching crash prevention and eventually teamed with the Trucking Safety Coalition.

Personally funding more than 60 billboards, conducting interviews and raising awareness, Durso became a voice in trucking safety, advocating for the retrofitting and new legal guidelines mandating side guards on trailers.

Noting the requirement and normalization of side guards on trucks across Europe, Durso remains resolute that American lawmakers need to act. And act now.

Farrow, a celebrity personality and investigative reporter on the TODAY Show, via his producer discovered one of Durso’s interviews online. It was then a producer reached out to her, asking if she would be willing to speak on camera to a NBC’s national audience together with Farrow.

In the interview, Durso noted the requirement of side guards on trucks across Europe and questioned why America has been so slow to follow suit. Durso also cited the nearly 3,000 fatalities that have occurred following her own daughter’s death and her advocacy work.

Sharing pictures and scrapbook pages filled with her daughter’s smile, Durso concluded the interview hoping to spur renewed interest in saving lives so that no parent has to endure the pain of losing a child needlessly.

The interview can be viewed at: www.today.com/news/side-guards-new-push-make-safety-devices-trucks-mandatory-t107875. For more information on truck safety, visit trucksafety.org.