A Moment with Adam James 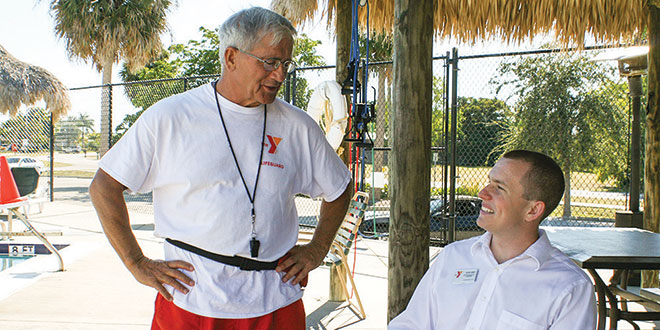 Adam James is a man on a mission.

As the new sports and aquatics manager of Marco Island’s YMCA, his immediate goal is to create more programs and offerings at the facility and more importantly, “to build excitement and create an atmosphere where people feel good about themselves.”

James is 24 years old, a native of Pittsburgh, PA, and a 2012 graduate of Florida Gulf Coast University. He has already established himself at the Y as a friendly guy with a quick smile who takes the time to chat with members and listen to their recommendations.

A recent poolside conversation with longtime YMCA member John Orman, a resident of Fiddler’s Creek, sparked praise from Orman on James’ dedication and 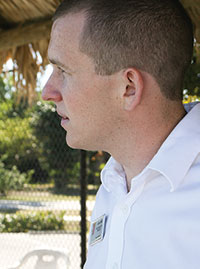 keen interest in the Y and its patrons. James’ current agenda item is researching a pool chemical that reportedly stabilizes water temperature, which would eliminate the need for an insulated cover in cooler weather.

James said he was very involved in recreational programs at Florida Gulf Coast University and continues to referee college basketball. “I have a passion for sports; it’s who I am,” he added. One of his projects will be setting up a youth basketball program for ages 3-14. He also hopes to strengthen the working relationship with the Naples YMCA to promote intramural play.

James paraphrased one of his famous unattributed quotes stating, “People won’t remember what you do for them; but they will remember how it makes them feel.”