A Look Back at Marco’s History 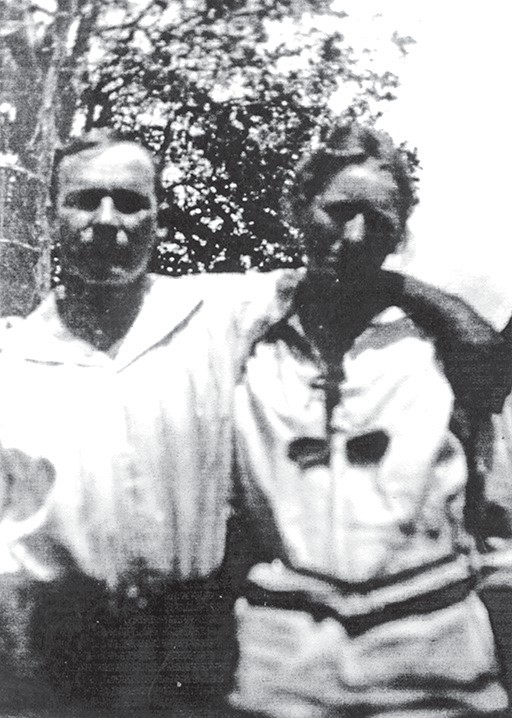 Make sure to circle May 2, 2017, on your calendars. That’s when well-known Island historian and author Betsy Perdichizzi presents “Extraordinary Times Take Extraordinary People,” a series of reenactments about pioneers from Marco Island’s past. Perdichizzi will be joined by four Marco Island Historical Society (MIHS) Reenactors: Kathy and Ed Miracco, Linda Kropp, and Judy Daye. Their performance begins at 7 PM in Rose History Auditorium. Get there early; this is an evening not to be missed.

Ed and Kathy Miracco feel a special connection to the pioneers they will be portraying, Drs. Mary and Charles Olds, who moved to Marco in 1901. Both Ed and Kathy worked at the Food and Drug Administration in Washington for over thirty years, and both share the Olds’s interest in homeopathic medicine.

Dr. Mary chose not to practice medicine on the Island, but instead focused her energy and skills on creating a “cultured home” in a hostile environment. This included home schooling her three daughters in the basics as well as in several languages, current events, daily piano lessons, weekly family concerts, and religious training on Sundays. In addition to his duties as a physician, Dr. Charles supplemented his family’s income by growing and selling fruit from his groves. He also served as the Island’s coroner, dentist, and Justice of the Peace. 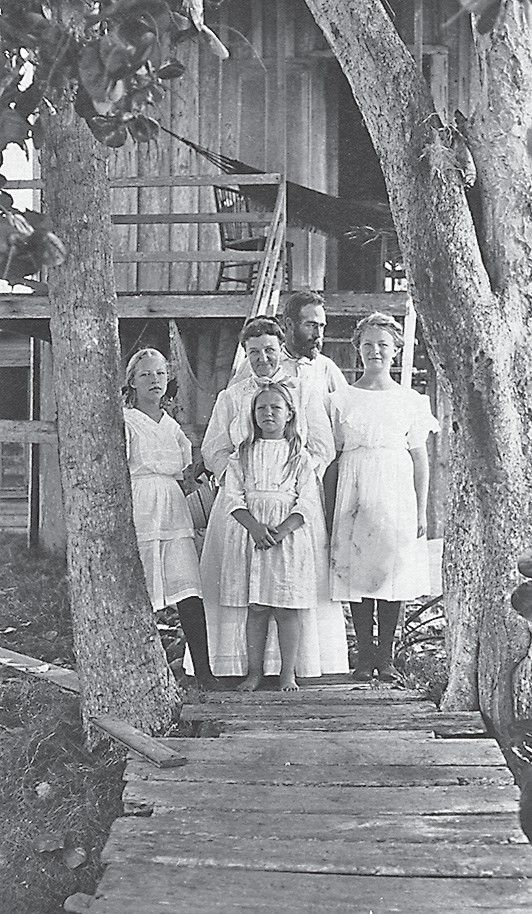 the role of Mollie Hamilton, who was known as Marco’s Mail Order Bride. John Louis Hamilton had little luck when it came to love; he was married and divorced twice before he finally decided to advertise for his next wife. Mary Jane “Mollie” Knight answered his ad and the two of them were married in 1917. “Neither of them ever had cause to regret it,” writes Betsy Perdichizzi in her book “Island Voices,” which chronicles the lives of these and other Marco Island pioneers.

Mollie ran a boarding house, a grocery store, and a bar complete with jukebox and pool table. She seldom wore shoes, used her apron pocket as her cash register, and was known for her Huckleberry cobbler and banana cream cake.

Well-known Island thespian Judy Daye plays the schoolteacher Mary Samuel, who came to the Island in 1925 armed with a newly earned diploma from Indiana University. Samuel had accepted the position of principal at the Marco school. At first, she was elated about her move but soon had some misgivings. For $7 a week, including meals Samuel shared a room with another teacher in a cottage behind the Marco Hotel; they also shared a double bed and took turns sitting on the only chair. Light was by oil lamp and water came from a cistern across the road. Their room was part of the 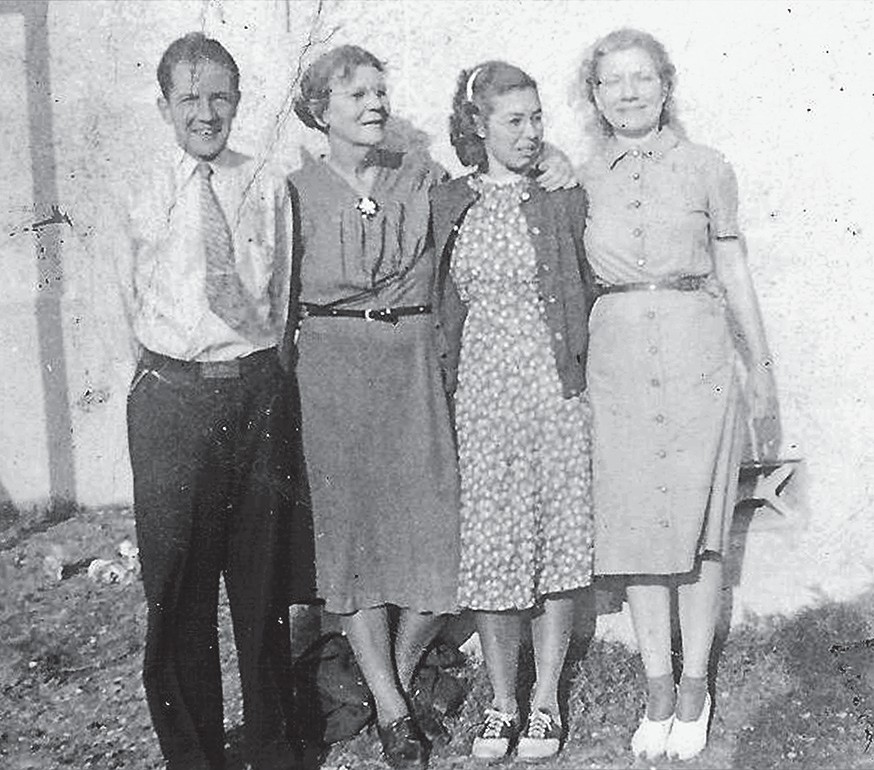 kitchen—separated by a partition—and had no ceiling to allow for air circulation.

Betsy Perdichizzi assumes the role of Thelma Heath, who came to Marco in 1936 with her husband Frank and their 3-year-old son. Frank had been hired as the principal of the new Scripps School where all of Marco’s students then attended. The Heaths found the mosquitoes and sand fleas intolerable, and one night their son woke up screaming that bears were biting him. They begged to be transferred but were encouraged to stay another week. They did and ended up staying 13 more years.

The MIHS Reenactors trace their beginnings to the mid-90s, when Perdichizzi created and starred in a performance called “Tea with Tommie Barfield.” “I realized that few people knew anything about Tommie and decided my performance was a wonderful way for them to learn about Marco’s pioneers,” said Perdichizzi. After a few performances, Perdichizzi’s reenactment had to move from the library where it was first presented to a church with a larger venue. Since then, many other Islanders have joined Perdichizzi in her efforts, and the Reenactors have become a vital part of the Island’s cultural identity.

The lecture is free to MIHS members and $10 for non-members; all are invited to attend. Rose History Auditorium is located at 180 S. Heathwood Drive, across from the library.