A Living Tribute to Our Veterans

The Blue Star Memorial Marker program is a tribute to the men and women who serve in the United States Armed Services. 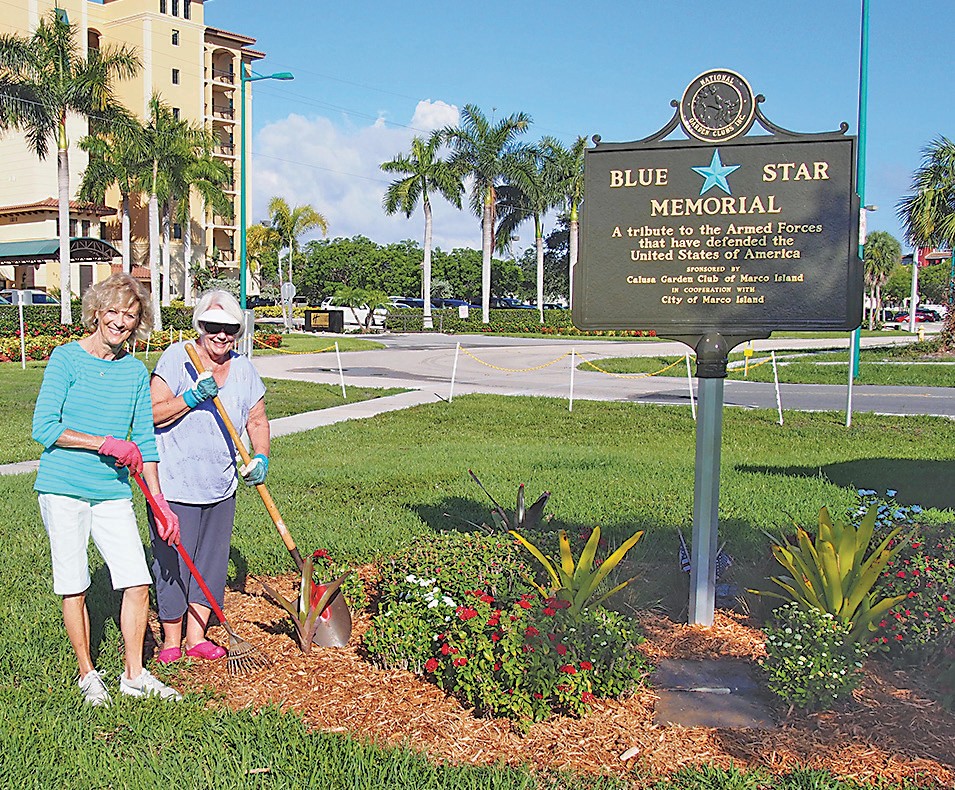 The Blue Star Memorial Marker program is a tribute to the men and women who serve in the United States Armed Services. The markers are a unique way for local garden clubs to show their support for the service men and women who risk their lives every day to protect our freedom.

Calusa Garden Club’s past president, Dale DeFeo, spearheaded the initiative to bring the Blue Star Memorial Marker to Marco Island. The Veterans Memorial Committee supplied the concrete foundation for the installation. Affordable Landscaping assisted with the cost and installation of the lovely plantings surrounding the marker’s base.

In 2016, the National Garden Club’s Blue Star Memorial Marker project marked its 70th anniversary. Back in 1945, patriotic members of the National Garden Club in New Jersey began a Blue Star Memorial Trial that evolved into a national highway beautification program. They believed that it was better to honor the men and women of all the services from all of the wars by beautifying the landscape, rather than by building monuments. They planted 8,000 flowering dogwood trees down a 5½-mile stretch of highway as a living memorial to all veterans. 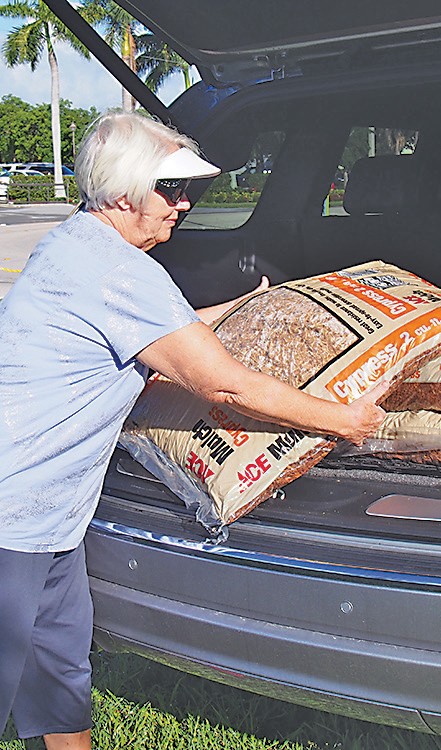 Marsha Riss unloads bags of mulch for the base of the marker. Recent flooding washed away most of the mulch.

was used during World War II on flags in the homes of families that had a son or daughter away at war, in churches, and in businesses. The Blue Star Memorial

Marker was adopted by the National Council of State Garden Clubs as its symbol to honor our veterans.

Maintenance of the marker is the responsibility of the Calusa Garden Club members. A rotating team of club members volunteer to maintain the marker year-round. For the month of June, Jackie Purvis and Marsha Riss braved the hordes of biting mosquitos and the heat to add new mulch and freshen the vegetation around the marker.

Calusa Garden Club meets the second Monday of the month from October through April. Most meetings are held at the Fellowship Hall of Wesley United Methodist Church, 350 S. Barfield Drive.

For more information about the Calusa Garden Club of Marco Island, visit the website at www.calusa.org.