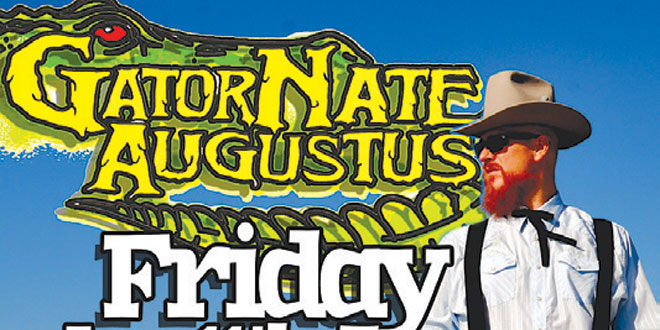 Howdy do! Hope everybody had a peaceful holiday and you’re still sticking to your resolutions. 2013 is here whether ya like it or not, and with it comes tourist season (honk!), stone crab season (mmmm) and “playing music” season (yeeeaow!). This tweek, Music Notes will be visiting one of Gator Nate’s oldest haunts. The legendary Little Bar sits smack dab in the middle of downtown Goodland as it has for, well, longer than I’ve been around at least. Some say size matters, but when it comes to quaint, cozy, and sometimes wildly crazy local bars in this area that bring in interesting music on a nightly basis, with a crowd to match, few establishments can come close to the Little Bar. The lounge is generally dimly lit and is no more than 20×20’, but 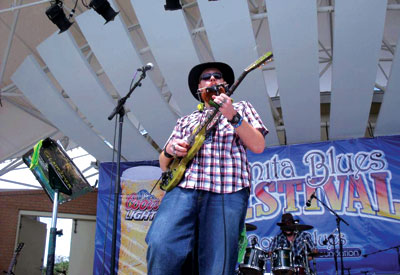 SUBMITTED PHOTOSJanuary 11th 8pm, GatorNate will be performing at the Little Bar in Goodland.

there is just something about it.

As a working entertainer, who spends a good amount of time singing in bars and restaurants, I can tell you how nice it is to play at places that are hospitable to their musicians. From how you’re greeted to how they feed you to how hard it is to get a cold beer in the middle of your set, all affects the performance. It’s a nice feeling that the bartenders and waitstaff are actually trying to talk up the entertainment, ‘cuz let’s face it, I need all the help I can get.

Goodland, and the Little Bar in particular, is run on that principal. Simple. Southern hospitality. That’s why I enjoy pouring my heart out there, because, who knows, I might even be a tad appreciated as a 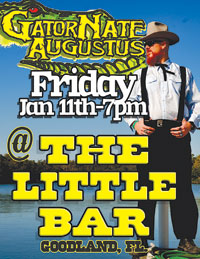 fresh change of tempo among all the awesome musicians who pass through on a weekly, monthly and yearly basis. They keep it fresh, with their staple acts, and also by bringing in national touring musicians on there way to Miami or the Keys.

As I read the latest edition of the “Little Bar News,” I see they claim Goodland is home to crabbers, grabbers, gabbers and stabbers, no more seinors, just insaners, plainers plotters, pirates, pickers and grinners, sinners and seamen and men with no reason in the tropical season…. Among them, I will be playing my brand of original country swamp rock and having a hoot, TONIGHT, as a matter of fact, if your reading this on January 11th… About 7:00 PM and crankin’ till at least midnight. Come see what you’ve been missing!

Some of the musicians and bands that have graced the

The Wholetones are set to play on January 18. 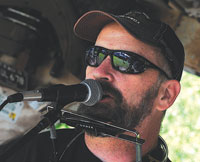 The Raiford Starke Band performs on January 12 and 26.

Keep your ears peeled for great musical offerings this season from The legendary Little Bar! Check out the upcoming music schedule at www.littlebarrestaurant.com.