A Holiday Salute to Marco’s Veterans 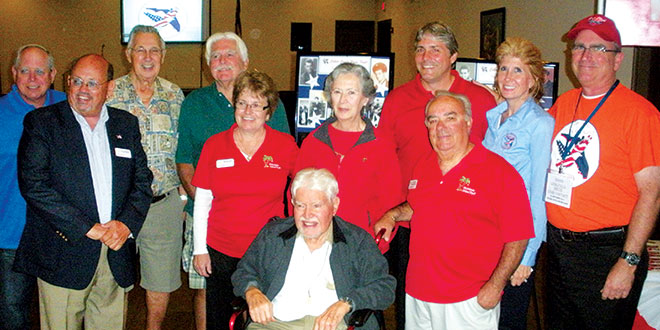 The Carrs, flanked by members of the Christmas Island Style committee and representatives of Collier County Honor Flight. PHOTOS BY DON MANLEY

The service and sacrifice of America’s military men and women was once again commemorated at the Christmas Island Style Holiday Salute to Veterans. Held recently at Rose History Auditorium, the annual affair blended solemn remembrance and patriotic and holiday songs with a presentation on a relatively new program, Collier County Honor Flight.

The evening coincided with the 70th anniversary of the Battle of Bulge and it ended with a special announcement honoring WWII veteran Owen Carr, of Marco Island. Among the speakers were Vietnam veterans Steve Stefanides, chairman of Christmas Island Style, and Lee Rubenstein, commander of Marco’s first 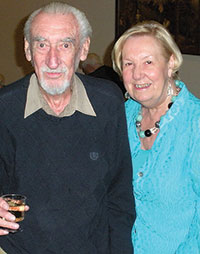 WWII veteran James Lonie with his daughter Sandy Elliott of Marco. Lonie received medals of commendation from the U.S., Canada and his nativeEngland for his service.

“All over this world, American blood has been shed, not for riches or for more land, but for Freedom,” said Stefanides.

The audience also learned about the Honor Flight Network, a nonprofit that honors America’s veterans by transporting them at no charge to Washington, DC, to visit their respective memorials, with preference given to WW II veterans.

After a performance of holiday music by the Marco Island Charter Middle School choir, Stefanides announced that Christmas Island Style would sponsor Carr and his wife Pat on an Honor Flight trip to Washington DC’s WWII Memorial in the spring.