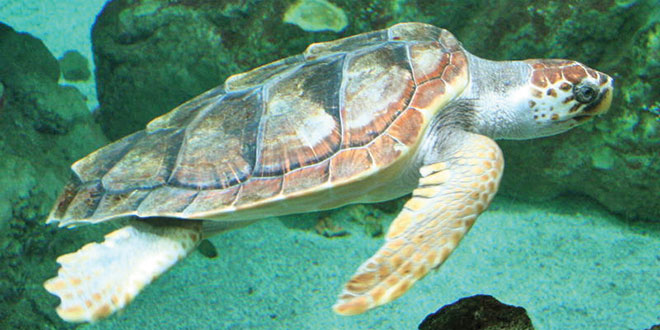 Just a few weeks ago a Florida man was caught stealing more than 100 eggs from an adult female loggerhead sea turtle while she was in the process of laying them. This guy could face a maximum term of five years in prison and a $5,000 fine for hisactions. A California couple was sentenced to six months in prison when they were caught smuggling more than 900 olive ridley turtle eggs into our country from Mexico in May. A Georgia man went to jail for 21 months when he was caught stealing 84 loggerhead turtle eggs and he was already on probation for committing the same crime! There is a problem here.

Outside of the United States the issue is much bigger.

For example, in Costa Rica, eggs are taken from beaches by the truckload. So is it dangerous to get in the way of these poachers? You bet! In 2013 a ranger paid to patrol beaches during nesting season was killed trying to protect leatherback turtle nests.

It seems most of the Costa Rica thefts have been perpetrated by Panamanians. They transport the eggs back to their homeland and they are sold, mostly in bars, as aphrodisiacs. Here in the U.S. many are sold as a delicacy commonly in Central American and Latin American establishments. They are slurped raw, just like oysters, or sometimes cracked into a beer or eaten hard-boiled with salt, and can cost from $5 to $20 each.

Both here in the United States and also

in Costa Rica sea turtles are protected andtheft of these eggs is illegal. Time behind bars (not the ones you drink at) is a viable solution but, like any crime involving mass theft, there is usually a bigger player behind the scenes.

Steps are now being taken to go after these more important players. A company called Paso Pacifico has developed an egg that was produced, not by a turtle, but by a 3-D printer. Just a smooth as a real egg and equally as round, these artificial eggs with silicone shells don’t contain a potential hatchling inside. Instead, there is a GPS tracking device!

Starting this fall these eggs will be strategically placed in nests that are most vulnerable to be taken by the poachers. Why this fall? That’s when the mass nesting event known as DzArribadadz takes place on Central American beaches. Turtles come lay their eggs by the thousands and poachers will be right there to take their share. Paso Pacifico trains guards to monitor these beaches and they estimate that, without the guards, 90% of the nests would be destroyed.

So the purpose of the tracking device is not to catch these thieves in real time but rather to generate maps that show the locations where trade of these eggs take place. The ultimate goal is to determine the players with money who are driving the supply and demand. Just removing a few of these people could save hundreds of thousands of eggs from 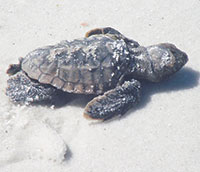 Also happening is the use of drones to fly above the beaches and help deter potential theft from the nests. This could also pinpoint the ingress and egress routes used to approach the protected areas.

Here in our immediate region I am not aware of any issues at this time but there aresome pitfalls. People on the beach that see a loggerhead coming out of the water to create a nest are amazed, as they should be. But, everyone wants a picture, and everyone wants to get close to these gentle giants of the sea – and that is a problem. If the adult female is not comfortable with its surroundings it will turn back to the water and not lay its eggs at that time. This is known as a “False Crawl.” It is important to give this turtle its space. Do not crowd around her, do not attempt to touch her or deter her in any way from the task at hand. Let nature take its course and, please, just be the distant bystander that you were meant to be.

Bob is the owner of Stepping Stone Ecotours and a naturalist for a local dolphin survey team. He is a member of Florida SEE (Society for Ethical Ecotourism). Bob loves his wife very much!