A Friend Goes Quietly Into the Night 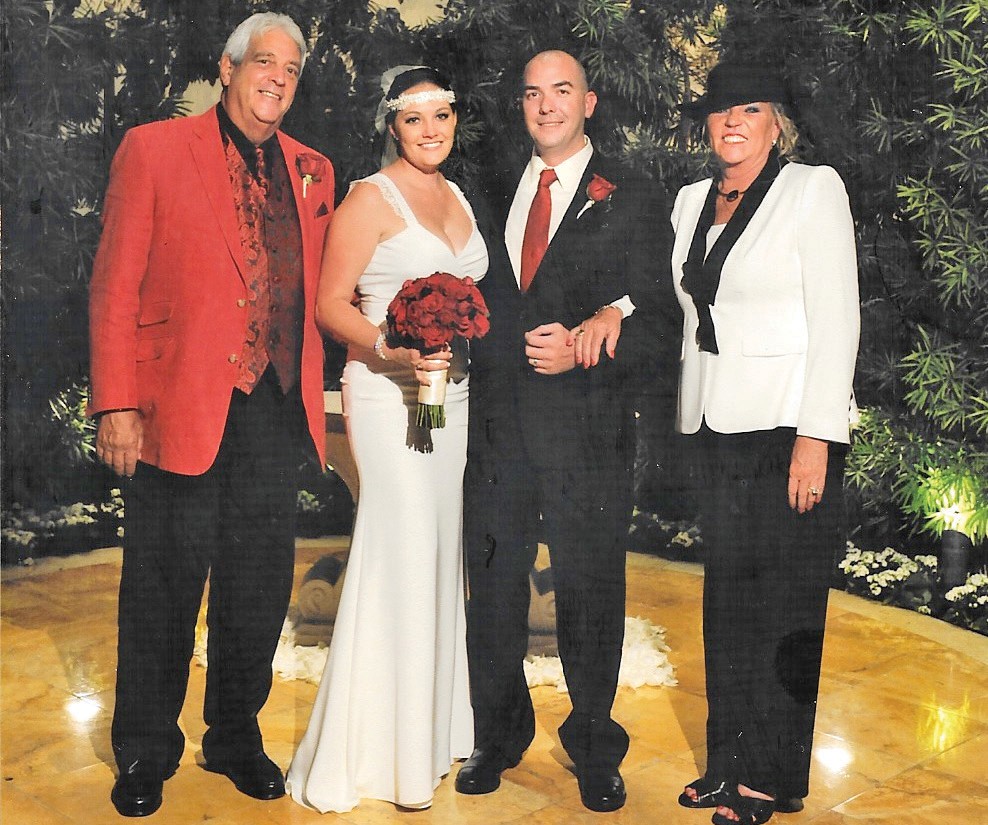 ”My greatest joy was to marry my best friend and have my dad walk me down the aisle,” said Lauren Feinman. Submitted Photos

Rick Feinman will probably always be known as the good humored titan that wore the colorful pants at his wife and daughter’s two restaurants here on Marco Island. Even some of his staff lovingly nicknamed him “Shrek,” after the kind, loving and protecting DreamWorks character that has been beloved by children and adults since he came into theaters around the country.

Feinman, who passed away on June 9, just over 30 days after seeking medical assistance for what his wife described as severe abdominal pains, would succumb at age 69 from an aggressive form of pancreatic cancer. He would leave behind his wife Annie and their daughter Lauren, owners of the former Chefs’ Express Restaurant and the popular Mango’s Dockside

Bistro. He would also leave behind a son and daughter from a previous marriage, as well as two brothers. 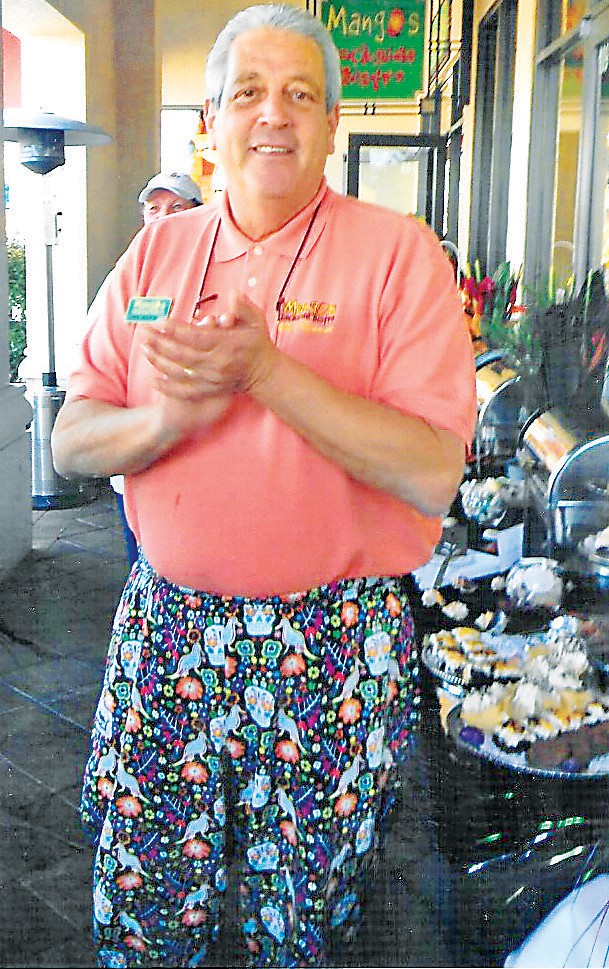 Rick wears colorful pants at the Taste of Marco.

on a vacation with friends to Key West. He never did go to the Keys, but instead stayed in Naples. We had an immediate connection and were married two months later and would celebrate our 25th wedding anniversary earlier this May before he fell ill,” said Annie.

Both Annie and Rick were natives of the Akron, Ohio area.

Feinman had worked in the Palm Beach area for Home Depot as a kitchen designer and would transfer over to the Naples store after meeting Annie and getting married. He would also work in the marine construction industry here on the west coast of Florida.

Then in 2004 Annie and Lauren put their heads together to open Chefs’ Express. It first originated as an idea to provide hot meals to those that wished to purchase out and take it home. At the time you could only purchase a pizza or get Chinese food as take-out. It would soon blossom into a full 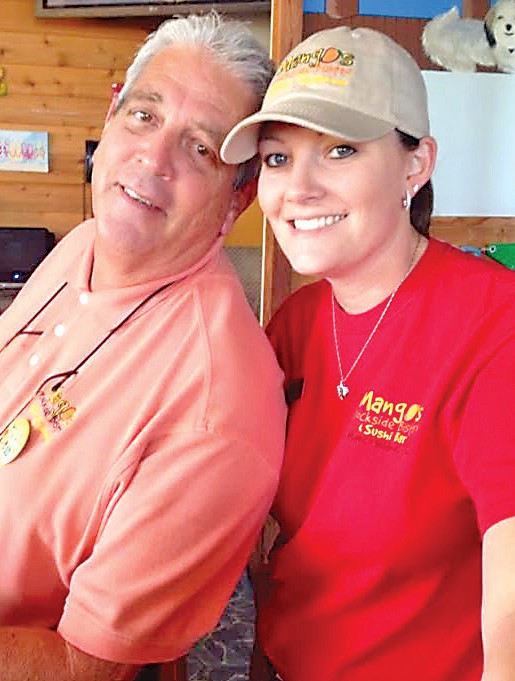 Rick and Lauren at Mangos.

blown restaurant and catering business, and for the next seven years become an island favorite for breakfast and lunch.

Those that would first come to the intimate little eatery in Old Marco would soon meet Rick Feinman and the other special female in his life, Sweet Pea. This adorable little dog that Rick was constantly talking to and introducing to guests was actually Lauren’s, but a favorite of Rick’s. Little Sweet Pea soon became as much a staple of the quaint eatery as well as Rick’s outrageous and colorful chef’s pants.

Then in 2011 the Feinman family would open Mango’s Dockside Bistro at the Esplanade where patrons could enjoy outdoor dining by Smokehouse Bay.

When Lauren speaks of her dad she does it in glowing terms, and recalls fondly their monthly dates. “We would go to the zoo, up to the Longhorn Steak House or just up to Bass Pro Shops. It was our fun day together. I will always 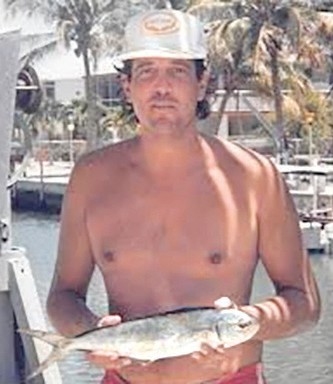 An old photo of Rick enjoying his favorite passion, fishing.

miss those daddy/daughter dates,” said Lauren sadly when we sat and chatted.

“My dad was such a friendly person, but also acted as our protector. We always knew he had our back, all of us; mom, me and the entire staff.” Christie, a longtime member of the Feinman staff encapsulated that sentiment when she said, “We always felt safe with Rick around, no matter what.”

Social media has been abuzz with condolences and kind thoughts regarding their friend. Some of the posts are from as far away as the northeast as seasonal guests and those locally are mourning the loss of the man they called their friend.

The family and staff at Mangos will gather on Sunday June 25th from 5-7 PM to celebrate the life of their husband, father and friend at Mango’s Bistro, with friends whose lives were touched by Rick. They suggested that donations be made in Rick’s memory to Vitas Hospice at 4980 Tamiami Trail North, Naples, Florida 34103.