A Day with the Clays for MIA 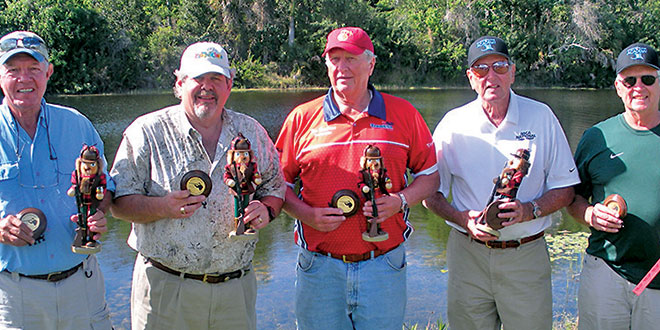 Clay pigeons were the prey for 65 marksmen who blasted away with varying degrees of success to raise money for Marco Island Academy.

The occasion was the Bill Rose Memorial Sporting Clays Classic held Jan. 17 at Gulf Coast Clays at Port of the Islands, formerly the Port of the Islands Gun Club. About 12,000 was raised for MIA through participant registration fees, sponsorships, and silent and live auctions.

A Marco resident, successful businessman — he founded Rose Marina — philanthropist, avid boater and flier, and former US Marine, Rose passed away in 2010 at the age of 83.

“Bill Rose, I considered to be a friend of mine,” said 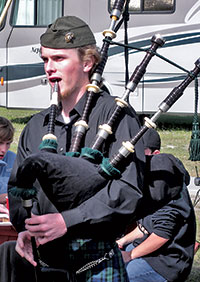 McCreanor. “To remember him, I suggested a golf outing to the family, but they said he wasn’t much of a golfer. I said, ‘What about shooting?’ They said he’d like that. It was an idea that I tied in with the Marco Island Academy to give it some visibility, and it all just came together.

“We’ve had good participation,” he added. “It’s a good way to remember Bill, and it’s a good way for the (Marco Island) academy to meet people in the community who might not know what they’re doing.”

“We’ve been out on the course and everybody seems to be having fun,” said Nash, as shotguns boomed away in the background during the competition. “It’s perfect weather — couldn’t ask for anything better.”

Rose’s widow, Mryt, was among the participants and several other family members were in attendance.

“I enjoyed today very much,” she said. “A gorgeous day. The people are wonderful. I enjoyed shooting. Bill would have loved to have been here. He was a great shot. He had a lot of trophies from shooting, so he would have enjoyed being here.”