A Day Not Forgotten 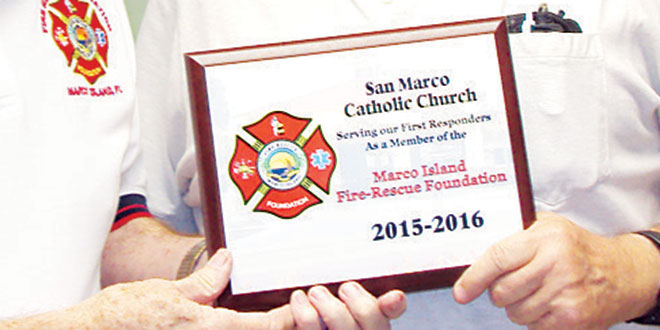 Jim Curran is a founding member and past president of the Marco Island Fire & Rescue Foundation, as well as coordinator for many of the 9-11 Remembrance events sponsored by the MIFR Foundation in the past.

Father Tim and the San Marco Catholic Church will sponsor the 2015 Remembrance on Friday, September 11th which will be hosted in the Parish Center.

In just 102 minutes, close to 3000 souls lost their lives on that day on September 11, 2001. Jim indicated the Foundation has scheduled Remembrance 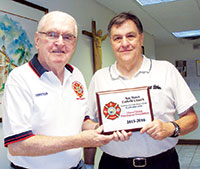 events each year in an effort to fulfill a promise ‘never to forget’ the sacrifice so many First Responders made that day. Father Tim offered the parish center for the second year in a row in honor of those who perished.

Dianna Dohm, the Foundation’s President, and Jim, will co-chair this year’s event. “It is our privilege and honor to plan and conduct a ‘remembrance’ event each year for the staggering number of first responders who lost their lives trying to help others on that fateful day.”