A Circle of Wives 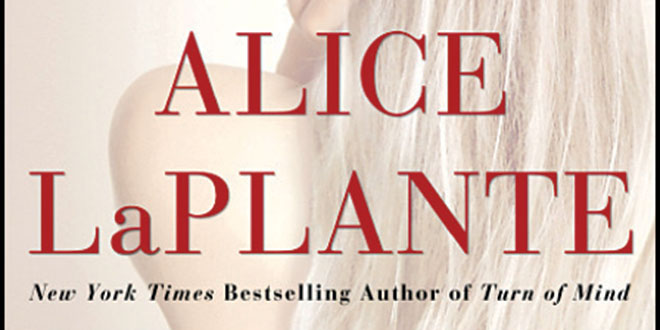 “Alas, the love of women! It is known to be a lovely and a fearful thing.” Don Juan, Lord Byron

John Taylor, M.D., a prominent plastic surgeon, is found dead in a hotel room in his hometown of Palo Alto, California. Not only does he have a stellar professional reputation, the 62-year-old man is beloved by his community for his pro-bono work for children with facial deformities, by his wife of 35 years, Deborah, and their three adult children. First thought to be the result of a heart attack, the death is called a homicide after the medical examiner finds a puncture mark on the doctor’s back, indicative of an injection that induced the heart attack.

The case falls to Samantha Adams (“Call me Sam… no beer jokes, please”), newly promoted to rank of detective at the tender age of 27 years. Sam is accustomed to dealing with very petty crimes and a very low crime rate in Palo Alto, but the police chief wants this case to stay local, so Sam gets an opportunity to prove her mettle. Questions to consider are why was the doctor in a hotel room instead of his own palatial home, and who would want to harm this saintly surgeon?

Just like the TV detectives, Sam attends the funeral to observe for possible suspects. The funeral Mass is officiated by four priests, further proof of the high esteem afforded Dr. John Taylor. By now, Sam and the rest of the community know that Dr. Taylor has been a polygamist for the past five years. An anonymous tip to the local media reveals that he has three wives in three cities. Sam’s case has been tangled and mangled before she even gets a first interview with anyone.

The three wives are: Deborah, original wife of 35 years, socialite and mother of John’s three adult children; MJ, an accountant, avid gardener and earth mother, wife of five years and lives in 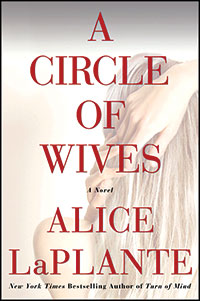 MJ and Helen attend the funeral, feeling secure in their anonymity. Both are shocked to learn that Deborah not only is aware of their existence, but knows all about each of them. In fact, Deborah has been John’s “puppet master” during these past few years, assisting John in the selection of his additional wives and doing his travel arrangements, etc. It gets curiouser and curiouser.

Ms. LaPlante has given us a great read – an excellent character study with an intriguing storyline. The book is written mostly in the first person from the viewpoints of the main characters. Every chapter is titled with the name of that character, though it really is not necessary because these characters are so strong, so different from each other, and so well defined by the author that it is obvious who is “speaking.” She does a superb job of developing these characters, revealing more about them and about John in every chapter.

LaPlante’s prose flows. I hated to put this book down and actually only interrupted my reading twice for short periods. About a quarter of the way through the book, I was sure I knew “whodunit,” but I was wrong. The real culprit is not a huge surprise, but I found the journey to that point intriguing and engrossing. These characters are so vivid I felt I was watching a movie instead of reading a book. Questions popped into mind about how I might react in such a situation. The background information about the characters deepens the reader’s understanding and gives them poignancy.

Like any good psychological drama, A Circle of Wives leaves the reader wondering how well they really know the people in their lives and whether it is possible to really know another person at all

This book is available at Collier County Public Library and your local independent bookstore as well as the other usual venues. For more information about Alice LaPlante, visit her website www.alicelaplante.com.