“A Christmas Story” comes to Marco 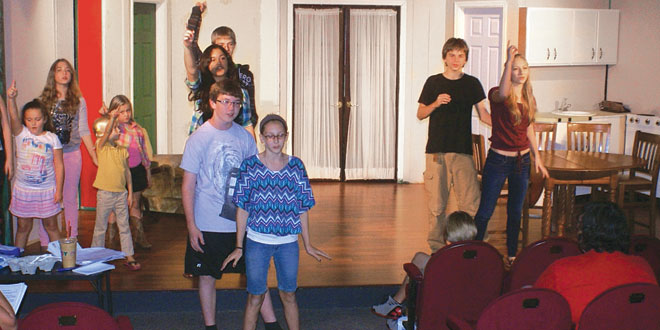 Nothing gets you into the Christmas spirit more than the production, A Christmas Story. You’re invited to celebrate the holiday with 30 school-aged children performing with The Marco Players Children’s Theater.

A Christmas Story is a 1983 American Christmas comedy, set in the 1940s, about a boy who has to convince his parents, teachers, and Santa that a Red Ryder BB gun really is the perfect Christmas gift.

The author, Jean Parker Shepherd (1921 – 1999), was an American raconteur, radio and TV personality, writer and actor who was often referred to by the nickname Shep. The film has become a holiday classic and, in 2012, was selected for preservation in the National Film Registry by the Library of Congress for being “culturally, historically, or aesthetically significant.”

Directed by Gina Sisbarro, Gina teaches and coaches the children for weeks prior to the December 20 through 22 shows. Tickets are on sale now for the Friday and Saturday performances that start at 7 PM, and the Sunday matinee that starts at 3 PM. A Christmas Story will be a lively performance that is not only a funny story, but you’ll also experience joy watching the children perform. The children’s desire to please you will warm your heart!

The Marco Players Theater is located in the Marco Island Town Center Mall on Elkcam Circle. Tickets are $20 for adults and $10 for children and can be purchased online at www.themarcoplayers.com or by calling the box office at 239-642-7270.  Come on out for the Marco Players Children’s Theater…I TRIPLE-dog-dare you!