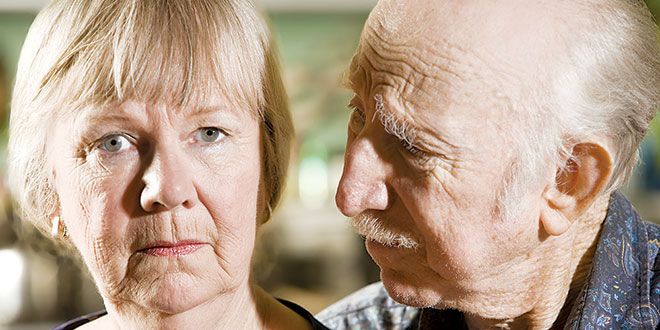 I never thought dementia would play such a large part in my life, but it did, and it started with my mother. As an active 70-year-old, after dad died, she moved from her home in Pennsylvania to Phoenix to be near her sisters. For a few years all was well, until on a visit, I noticed she forgot to cook most of the fish defrosted for supper. A year later she missed a connecting flight to a family reunion in Colorado, despite the specific information I’d given her. Then, she stopped washing her clothes regularly and changing her outfits. Her carpets were soiled and dingy. This was not like the impeccably dressed mother I remembered.

She had always been a good cook and baker. To top off one of her delicious meals with a piece of her apple, rhubarb custard, or lemon meringue pie was as good as it gets. Mom had also been a neat housekeeper, cleaning her home weekly and painting or wallpapering rooms when needed. She worked hard to provide special things for her children like piano lessons, dance classes, and later college. In short, my mother managed the family and household well.

Her decline was very difficult to see and experience. She had always been loving and positive, but now she was anxious and even mean. Her disease led me to obtain a Master’s degree in counseling at Duquesne University, Pittsburgh, to find out more about dementia and how to cope with it. I wanted to help her condition without taking her independence away from her. But balancing the two at a distance was hard and frustrating.

I continued to visit my mother, flying to Phoenix several times a year and each time she declined more. Always an excellent driver, her license was taken away when she tried to make a left turn into oncoming traffic for the second time.

Her aging sisters had developed medical issues and were no longer able to help her. So I found a caregiver who would stop in to give medications and check her blood pressure. But the feedback was not reassuring. Long distance caregiving was not working. The final straw was hearing her doctor say she was not being well cared for. So despite her resistance, I brought her back east to live with my husband and me.

My search for reliable caregivers began, both on Marco Island during our snowbird visits, and home in Pennsylvania. I turned to the Alzheimer’s Association for help and found many print materials which helped me learn about dementia. The in-home help was harder to find at that time as there were few agencies offering these services either in Naples or the Pittsburgh area.

Meanwhile, mom was in denial about her memory issues, would not stay at day care, and at times was very angry, even cursing at me, which she had never done before. When my tension headaches became a daily occurrence, I found an assisted living that seemed right for her near Pittsburgh. After a few weeks mom seemed happy there, my headaches stopped, and I visited her regularly.

Three years later, my husband, Tom, who had retired early to avoid the high stress of his executive position, got lost when driving a familiar route. He knew something was wrong so he started to write things down to help him remember what he couldn’t, even the jokes he loved to tell. He began to give to every charity request, ordered multiple boxes of memory supplements. Then in 2005 he was diagnosed with mild cognitive impairment. With his checkbook a mess, I took over bill paying and correspondence.

Meanwhile, my mother’s dementia was diagnosed as Alzheimer’s disease. She especially enjoyed concerts at the assisted living and the sing-a-longs. After five years there the staff suggested a nursing home where she died five years later at the age of 96.

My husband continued to decline, so to help us cope, I started a support group for both caregivers and those with mild dementia in Sewickley, Pennsylvania. It was invaluable because we both learned more about Alzheimer’s and both benefitted from the social contact with others in the same situation.

When we simplified our lives and became residents of Marco Island in 2010, I started a similar island support group that my husband attended with me. He died in 2013 after several years as a three times a week day care participant and twenty months as an assisted living resident.

Traveling the journey with my mother and my husband has helped me to continually learn more about dementia, accept the heartbreak of memory loss, and help others travel the difficult road of caregiving.

Two educational series for caregivers are underway on Marco Island. The next session of Powerful Tools for Caregivers is “Communicating Feelings, Needs, & Concerns,” Saturday, April 16 at 9 AM, at the NCH Health Center, 40 Heathwood Drive, by  NCH Brookdale. The last talk in the second series is “Caring for Yourself So That You Can Be a Better Caregiver,” on Wednesday April 20, 10 AM at the Marco Island Library, 210 S. Heathwood Drive, by the Alzheimer’s Association, Florida Gulf Coast Chapter.

Meet Shirley Woolaway
Coastal Breeze News is pleased to announce that Shirley Woolaway will be contributing a regular column, “Dimensions of Dementia.” Shirley Woolaway has an M. Ed. in counseling and worked in journalism, in business, and as a therapist in Pennsylvania. She has 25 years personal experience with dementia as a caregiver for family members with Alzheimer’s disease, and nine years as the coordinator of an Alzheimer’s Association memory loss/caregiver support group, earlier in Pennsylvania and now on Marco Island. We believe that Shirley’s insights will prove helpful to many of our readers.