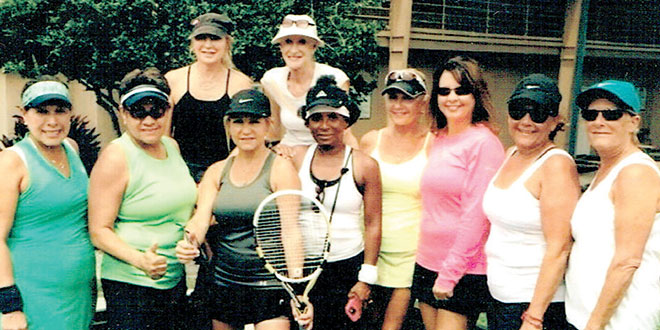 The Treviso Bay 3.0, 18 and Over Tennis League recently represented Collier County at the sectional playoffs in Altamonte Springs, Florida.

Comprised of several Marco Island residents, these ladies competed and won each of the three league sessions in the 2015 season. They advanced to the Collier County league championships this past summer and won. At Altamonte Springs they competed against teams from throughout the State of Florida and came in at third place, an impressive victory. This feat made even more impressive due to the fact that they played on hard courts, as opposed to clay, which they’re accustomed to.

Marco Island has several United States Tennis Association (USTA) league teams. This allows players to compete at different levels on varying teams and helps players advance through the rankings. Several players from the Treviso Bay team were advanced this past August to the 3.5 level. The players included: Stephanie Opel, Rosie Harrington and Elizabeth Aristizabal.

The players’ hard work paid off with their tremendous achievement, and they look forward to the upcoming 2016 USTA season, which begins in October.