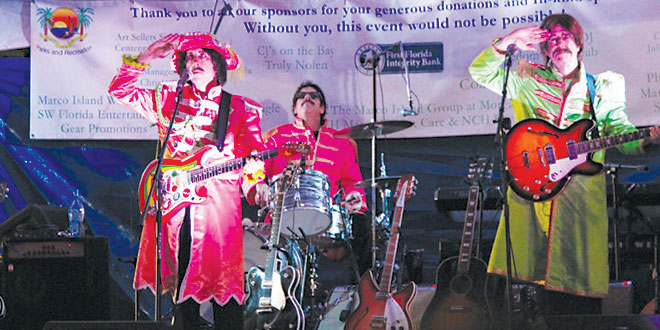 The City of Marco Island Parks and Recreation Department and First Florida Integrity Bank hosted a free Concert in the Park in honor of the City’s 50th Anniversary. The celebration was plagued by rain off and on throughout the day. Those that persevered were well rewarded with a great line-up of musical entertainment.

First up was the Marco Island Charter Middle School Jazz Band. They set the tone for the rest of the evening, and played although it began to drizzle at times. Next up was Little Eddie and the Fat Fingers, this band surely picked up a few new fans during their performance. Then all over the stage, and in the audience and in the lawn, was our own Jim Long. His energy is contagious and he kept everyone moving! Topping the evening was the NoWhere Band, a Beatles tribute band that even 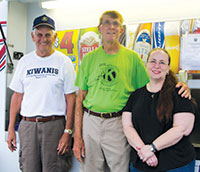 the Beatles would be proud of! The audience danced, swayed and sang along.

Through it all, it rained off and on. The concert was deemed a success by the sheer number of people who, in the midst of a downpour, did not vacate their seats under open skies. They stayed, they danced and they enjoyed the evening to its fullest.

Between bands, the audience was entertained by DJ Steve Reynolds. There was a Beatles trivia question, which was won by Alexandra Diaz.

In true Marco form, the rain didn’t dampen the spirit of those who came to enjoy a free concert in the park. For those who may have held back on coming out in the rain…don’t worry, you can have the next best thing, you can see it on video! Bill Hughes of Hughes Productions taped the show live, which also appeared on two large screens during the concert. 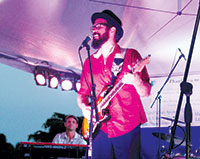 The video will be available for your viewing pleasure on www.Marcoislandcommunitytelevision.com.