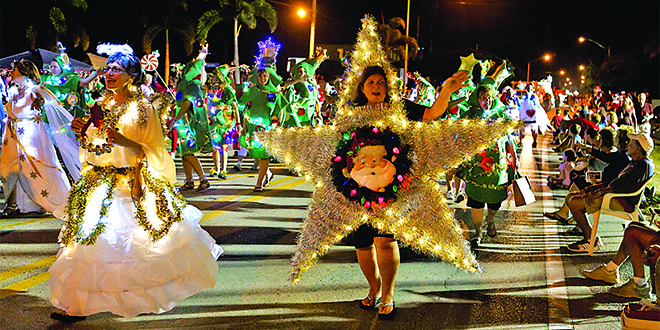 After three months of fun events and local celebrations, Christmas Island Style has once again come to a close. Marco Island has been celebrating Christmas Island Style since 1987. It’s a staple here on Marco and has become a part of our island culture. Each year the events grow bigger and better, bringing residents and visitors together and fostering community involvement. 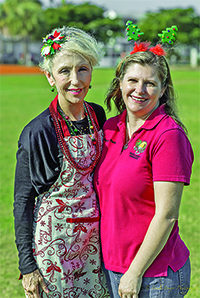 and other creative props and sailed along the water. Viewers watched from the Marco Island Yacht Club, the Snook Inn, and the Esplanade.

The celebration continued on Dec 17th, with “Cookies and Milk with Santa” sponsored by the Marco Island Parks and Recreation department. Santa and Mrs. Claus arrived at Winterberry Park in a helicopter, which incidentally travels much faster than a sleigh powered by eight reindeers. There they took pictures with the excited crowd of children and ate a few helpings of cookies and milk. 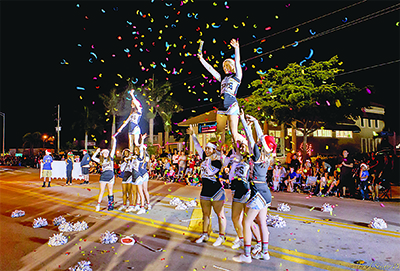 evening was the much-anticipated street parade. The parade ran down San Marco Road and showcased local business, clubs and organizations. The floats were as ambitious and creative as ever. The Marco Island Fire Station and the Police Station teamed up for an epic “Harry Potter” themed float. Together police and firefighters, along with volunteers from the Police and Fire Foundations, road aboard a train modeled after the
Hogwarts Express.