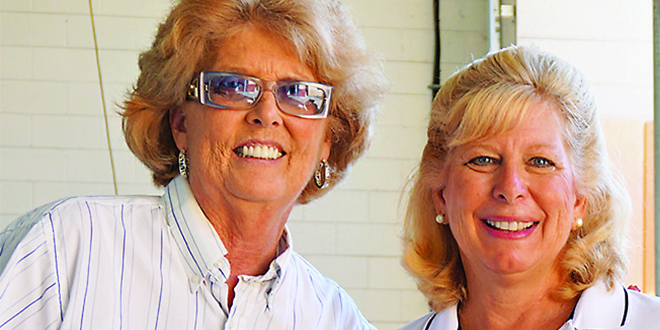 The New Year started with some big changes for the Marco Island Area Chamber of Commerce.

On January 1, 2017, Executive Director Sandi Riedemann-Lazarus retired. “Sandi has been a great asset to the Chamber, and we wish her all the best in her transition to retirement. We sincerely appreciate her years of dedicated service,” said Chamber President Alex Parker, III.

Replacing Sandi could not have been an easy task for the board of directors. For 21 years Sandi has been at the helm of the Chamber of Commerce, a dedicated and hard working executive, and a beloved member of the community.

When the board named Dianna Dohm the new Chamber of Commerce Executive Director, it was clear they made the perfect choice.

Dianna was named Marco Island Volunteer of the Year (2013) and Marco Island Citizen of the Year (2016) for her devotion to the community. She feels that this new role will allow her to contribute to the community even further. “I am so honored to be joining the Chamber and to be working with such a great group of professionals, from the board of directors to the staff; Katie and Donna, all the volunteers, and of course, our members. This is an exciting journey we’re about to head down and I so appreciate the community support,” she said.

The Chamber is looking forward to January 16, 2017, when Dianna will officially begin as executive director. “We are so pleased to have Dianna step into this role and believe she will be an excellent asset to the Chamber and a great fit to round out the already outstanding staff of Katherine O’Hara, Donna Niemczyk, and our 30-plus Visitor Center volunteers,” stated President Alex Parker III.

As we welcome Dianna in her new role, we sincerely thank Sandi for her loyal service and wish her the best in her retirement. Sandi spoke fondly of her more than two decades with the Chamber, saying, “I have had the opportunity to work with the most wonderful presidents, board of directors, volunteers, staff and members. I have seen the island grow and businesses flourish.”