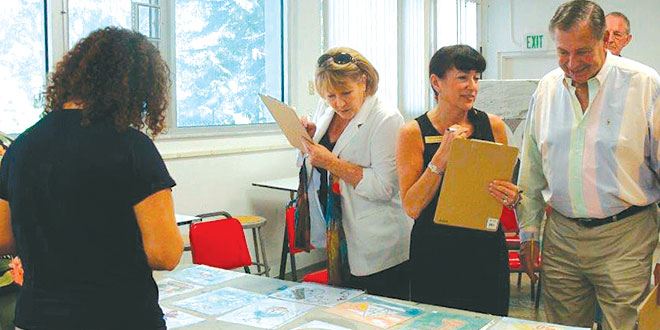 The theme for this year’s Christmas Island Style Ornament Design Contest was the 50th Anniversary of Marco Island. Sixth and seventh graders at Marco Island Charter Middle School submitted 75 works of art to be considered by the judges. This year’s first place winner will have their design on the official 2015 Christmas ornament.

The judging took place at the Marco Island Center for the Arts. Distinguished judges made the rounds around the room to view each entry before voting for their favorites and tallying up the votes. 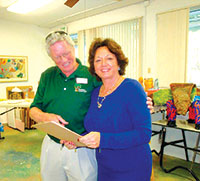 According to Bette McGilvary, chair of the Christmas Island Style Ornament Committee, “There were so many wonderful entries this year, it was not easy for the judges to choose.”

Each year the limited edition ornaments sell out quickly. You can pick one up at the Chamber of Commerce office on Collier Boulevard, the gift shop at the Marco Island Center for the Arts on Winterberry, Keep in Touch Cards and Gifts and Salon and Spa Botanica (both at the Shops of Marco) and also at the Marco Island Florist on Barfield.