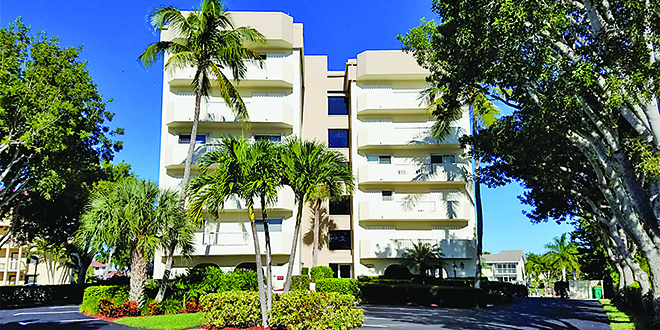 Anahita, on the water in the south end of the island.

Condos built in the 1980s start at $167,000 for a two-bedroom, two-bathroom, 975 sq. ft. inland condo at Pinehurst which is centrally located on Tallwood Street. The listing describes the condo as beautifully updated and priced to sell. It has a new washer/dryer and refrigerator. Tile floors, marble showers, and new wood cabinets in the kitchen and bathrooms with granite counter tops.

Thirty 1980s inland condos are listed for sale starting with the Pinehurst condo mentioned above to a three-bedroom, two-bathroom 1,288 sq. 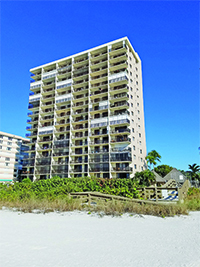 Photos by Gary Elliott: Sea Winds, a beachfront condo built in the 1980s.

The most expensive condo on the market from the 1980s is a very unique apartment at Shipps Landing featuring two conjoined condos for $2,150,000. The listing describes the apartment as having well over 3,000 sq. ft. with multiple balconies and almost 270 degrees of views. It has four bedrooms, three full bathrooms and two half bathrooms. The condo is being sold partially furnished. Shipps Landing is a seaside condominium located on almost 15 acres of park-like grounds located on the southern shore of Marco Island with direct access to the gulf. Marina spaces are available for lease. There are three heated pools, two social rooms, three tennis courts, two workout rooms and a kayak launch area. This property has nine other condos for sale ranging from $499,000 for a two-bedroom, two-bathroom condo to the one mentioned above. 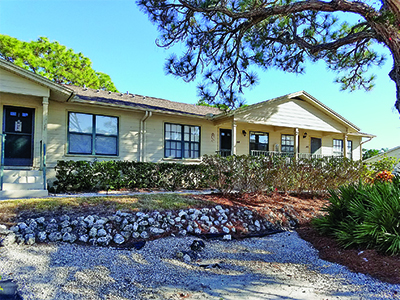 Pinehurst, centrally located on the island.

Seventy-five 1980s condos on the beach are listed for sale including apartments at The Chalet of Marco Island, The Duchess, Marbelle Club, The Prince, the Princess Del Mar, The Royal Seafarer, Sandcastle Condominium, Sandpiper, Sea Winds and Summit House. List prices start at $415,000 for a two-bedroom, two-bathroom condo at South Seas Tower 2 to $1,695,000 for a three-bedroom, three-bathroom condo at the Prince.