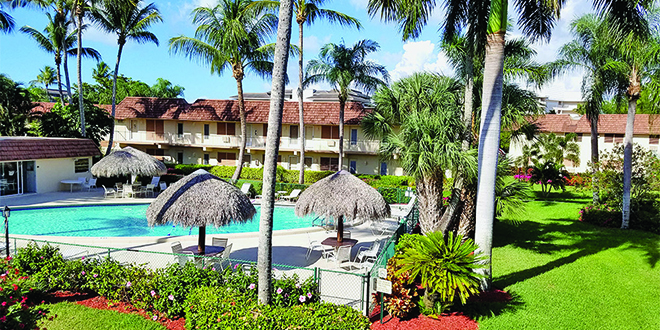 Emerald Beach (built 1966) had only one condo available, listed at $324,000 for a 750 square foot, one-bedroom, one-bathroom. Emerald Beach is a charming 48-unit, low-density beachfront midrise, with many recent building renovations – a new lobby, new social room with full service kitchen and renovated guest suite. The huge beachfront pool with BBQ area is one of the largest on Marco’s crescent beach.

Sunset House (built 1969) on the beach had three condos available. One of them is described as 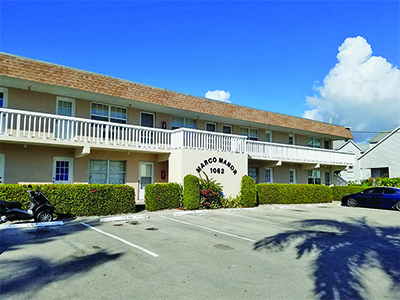 beautifully renovated, turnkey furnished studio with 534 square feet, and listed at $310,000. A second studio is listed at $315,000 for a totally updated and renovated unit that boasts a large balcony to watch the splendid Marco Island sunsets. This condo offers new everything. A third apartment is described as a very nice two-bedroom two-bathroom 1,075 square foot beachfront condo with an island view, and comes turnkey furnished. It is listed at $429,000.

Ville de Mar East (built 1968) is a riverfront community located in quaint Old Marco and close to a number of shops and restaurants. There are two 570 square foot, one-bedroom, one-bathroom renovated condos for sale, each listed for $225,000. There is great fishing from the pier and fabulous views of the Gulf of Mexico. The condos are described as cute ground floor villas with tropical garden views. 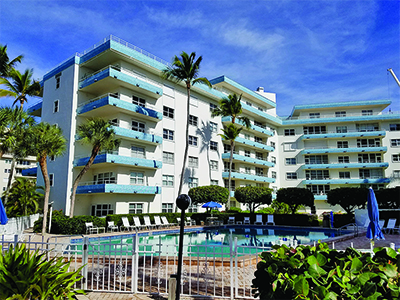 listed for sale at this inland condo. One is listed at $129,900 for a two-bedroom one-bathroom unfurnished, 704 square foot condo, and a similar condo for $135,000. Marco Manor is centrally located near businesses, shopping and restaurants.

Seabreeze (built 1969) is another inland condo about half a mile to Residents Beach. Two condos are listed for sale here – both are 704 square foot two-bedroom, one-bathroom apartments. One is listed at $189,900 and the other is $199,000. Both feature breezes with views of a garden courtyard and pool. Seabreeze installed new electric, cable, water and sewer service to the outside of their units in 2015.

Wexford Place (built 1965), an inland condo, is close to shopping, restaurants and Veterans Community Park. Two one-bedroom, one-bathroom 640 square foot condos are available with list prices of $131,500 and $159,900. The first features new stainless steel appliances and the second has been completely renovated.